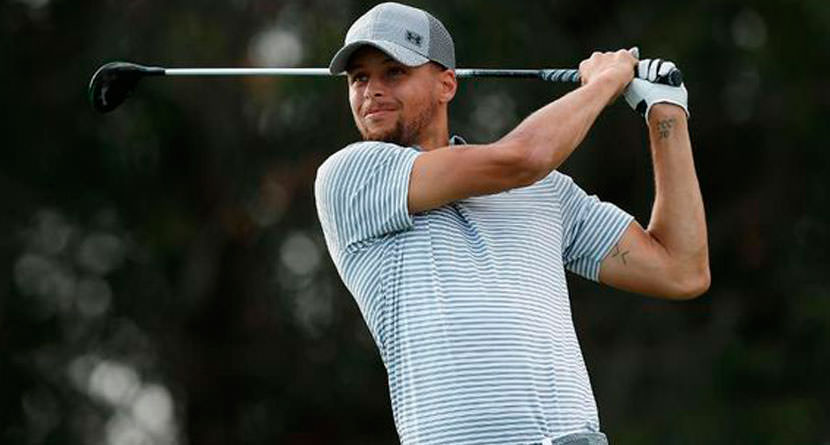 Stephen Curry’s love for golf has been well-documented, but the experiences he has gleaned from playing and befriending Tour pros is to thank for getting Curry’s Golden State Warriors out of the Western Conference Finals on Monday night.

Curry explained that his breathing techniques, as well as cues he’s taken from players on the PGA Tour, helped him to navigate the anxious times between the morning shootaround and the 9 p.m. tip.

“I took a tip from some PGA guys — when they’re out there on the course and it gets kind of logjammed on a couple of holes they’ve got to slow themselves down between shots,” Curry said the San Francisco Chronicle. “I took that even as the way to do the whole pregame routine or how you go through two-line layups.”

“Take it a little slow because your mind might be processing things a lot faster than it usually does and your body will start to speed up. You’ve got to dial it back. And try to set the tone early in the day that it’s just another day.”

Like any good professional golfer, Curry showed up when it mattered most and was clutch under pressure. Curry scored 27 points on 10-22 shooting, including 7-15 from 3-point range to lead the Warriors to their fourth consecutive NBA Finals.

Back in June, seconds after winning the title "we going to Augusta!"? Kerr keeping his promise, taking Andre & Steph pic.twitter.com/6YB7QnGMC3