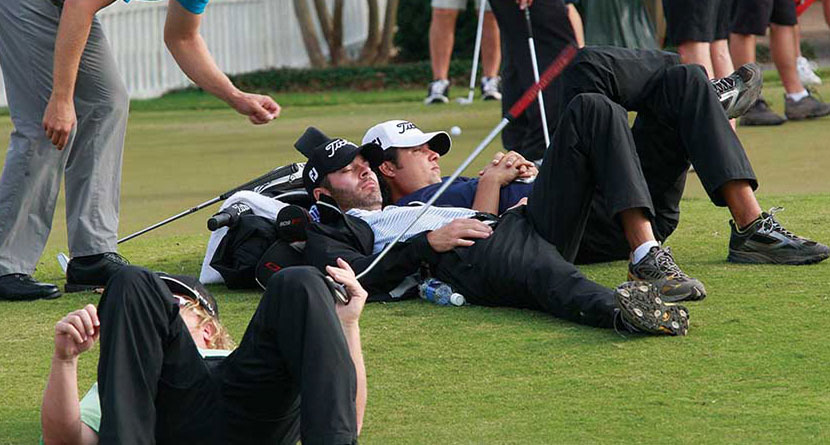 Slow play is an issue has plagued golf for decades, and ironically, as attention spans have gotten shorter and time crunches have gotten tighter, the game has seemed to slow down even more, especially at the highest levels of the sport.

For recreational golfers, the pace of play problem is one of the biggest obstacles facing the future of the game — people have families and lives outside the course that they need to tend to, meaning it becomes harder and more problematic to justify spending upwards of four, five or six hours at the golf course for many.

And then came the coronavirus pandemic. Suddenly, folks around the world had much more time on their hands, and with few alternatives, many turned to golf.

This would stand to reason that more folks crowding more courses would inherently hurt slow play, but the pandemic provided the golf industry an unexpected benefit: it paved an actionable path to improving the pace of play, according to a case study by MyGolfSpy.com.

Did COVID-19 solve the pace of play problem?

Operating under the widely-accepted pandemic-time golf rules, MyGolfSpy dug into the data, both hard and anecdotal, to find out what courses found occurred given single-rider cart mandates as well as bunker rakes being pulled off courses and pins being left in the hole.

Using upon data from Tagmarshal, a golf tech company that provides golf courses with what amounts to a traffic management system to monitor cart positions and pace of play via cart GPS, MGS found that Dove Mountain, a private Jack Nicklaus-designed course in Orange County, California and a cart-only facility, improved its pace of play by 15-20 minutes despite rounds doubling once the pandemic hit.

“These are threesomes and foursomes only,” says Tagmarshal CEO Bodo Seiber. “The pre-COVID results weren’t bad – four hours. But switch to single riding and we have a gain, even though there’s more traffic.” 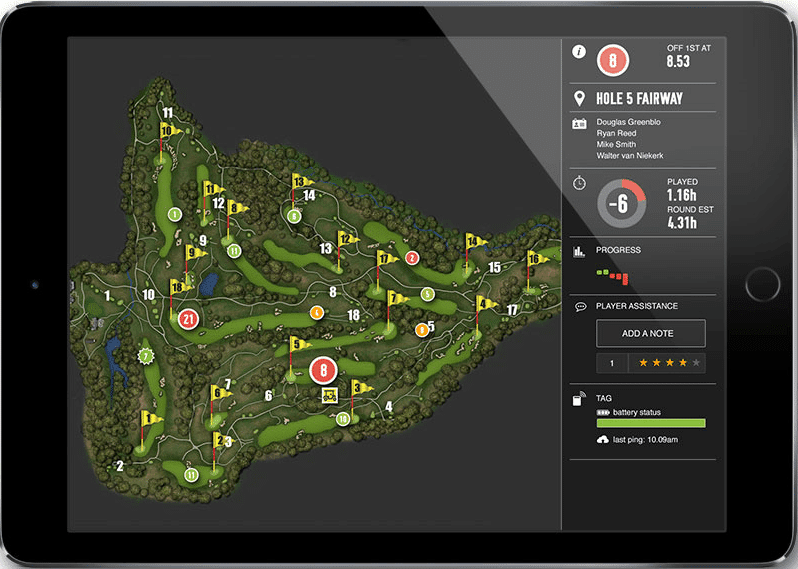 Up the road in Bend, Oregon, MGS found a similar trend at Tetherow, a semi-private resort course designed by David McLay Kidd. Pace of play there improved by 30 minutes per round despite rounds played going up during the pandemic by more than 60%

Another pandemic-era safety measure that was implemented included more spacing of tee times, but MyGolfSpy argues that the hit taken by courses in order to promote more social distancing between groups is also aided by the single-rider cart phenomenon.

While there’s plenty of hard and anecdotal data that single-rider carts improve the pace of play, there’s plenty of anecdotes of regular golfers being slowed down by beginners who took up the game during the pandemic.

Whether that is a short-term loss for the long-term health of golf will remain to be seen, but it appears as if there was a silver lining for golfers who hate wasting full days out on the course, and it would appear to benefit all parties in some form or fashion.

Single-rider carts will require larger cart fleets at golf courses, but it will also likely raise the price of cart fees. Like everything, there’s some give and take. Solving the pace of play problem is no different.