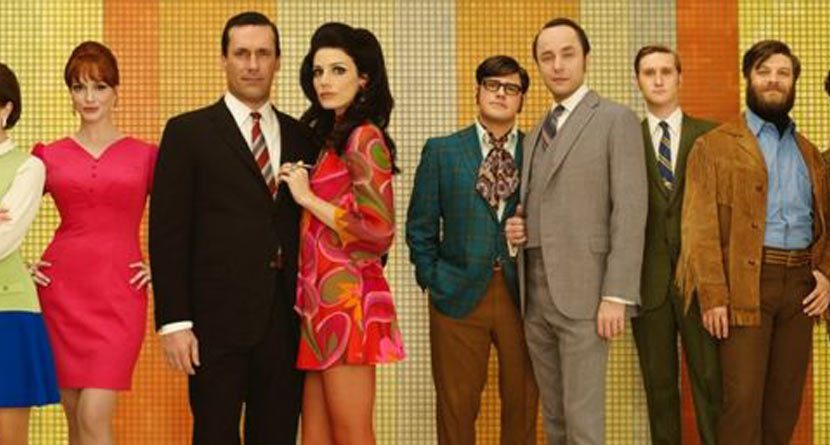 The show that started it all for AMC, “Mad Men,” is back with the premiere of its final season. The long-awaited debut reintroduces a ton of storylines that are about as uncertain as Tiger Woods’ status for the rest of this season. When we last saw, it seemed like everyone, Don Draper included, was in upheaval and headed toward an unknown horizon.

Besides the writing, the greatest thing about “Mad Men” is the attention to detail. Not a thread is out of place and since the show began, the designers and creator Matthew Weiner have been turning throwback style from the 1960s into modern trends.

With the start of Season 7 being set in 1969, there’s a lot to talk about and to write around. You’ve got the “Miracle Mets,” Neil Armstrong walking on the moon, Richard Nixon’s first year in office and the end of The Beatles just to name a few.

We’ve already seen a transformation from the early part of the decade toward the revolution and psychedelic style of late 60s and early 1970s in the decor or Draper’s abode, around the office and in the changing actions of characters like Roger Sterling.

Perhaps we can get a taste for what these Madison Avenue advertising execs will be wearing by taking a look at some of the golf style from the era?

If the fashion is spot-on, I’d put the odds you see Sansabelts all over the place at 1/1. As the name would suggest, Sansabelts are pants you wear without a belt and in the early 70s, they were all over tour and popular culture. Everyone from Tony Jacklin to Frank Sinatra wore them. And if they’re good enough for Sinatra, you’ve got to figure they’re good enough for Draper.

I’m sure you’ll see a transition away from hard colors toward more vibrant yellows, reds, etc. The black suit, white button up, and thin black tie has been a “Mad Men” favorite. Some of the more creative, secondary characters (i.e., Michael Ginsberg, Paul Kinsey) have already made the transition to plaids and brighter colors, but with the changing times, there’s got to be some change for Don Draper and his more conservatively dressed peers as well.

Another fashion trend during the era was cardigans. One of the world’s most notorious cardigan wearers was Arnold Palmer. The King often sported them on the links and almost always had one on off them. The sweater was an integral part of Arnie’s style, which is part of what made him so popular. Looking for a casual option around the office? How about a cardigan over that white button up, collar draped over the top? Or even simply with a turtle neck like in the photo below from 1973:

Finally, a style that was prevalent in the golf world in the late 60s and has already made the come back is the solid button pallet, shown off here by Jack Nicklaus then and Rory McIlroy now. Only time will tell if we’ll see Don Draper or Pete Campbell casually walking around in one of these polos, but it wouldn’t surprise me if they did. This look was very popular.