Summer of the Ace: 9 Best Holes-in-One 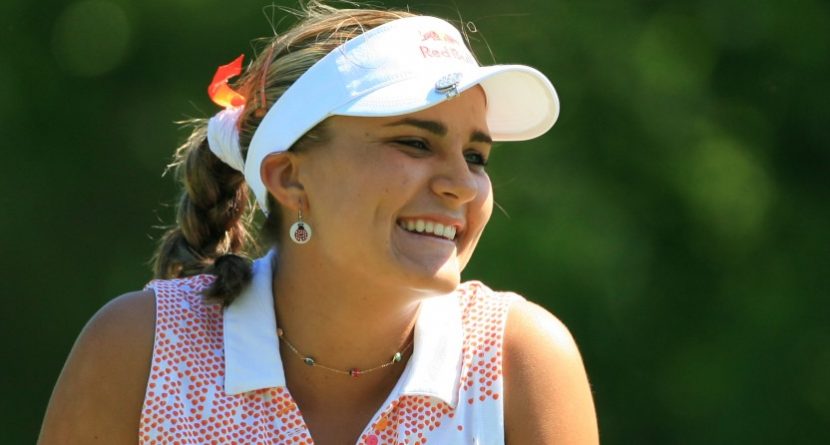 I’ve never hit a hole-in-one, never seen anyone hit an ace in person, and I don’t personally know anyone who’s sunk a tee shot. I only hope to one day join the select group.

Maybe this is the year. It seems as if some of the greatest hole-in-one stories have taken place this summer alone. Here’s a look at nine of the best:

Early May: Peyton Manning surprises strangers
Prior to playing 18 with his boss, John Elway, at Castle Pines Golf Club, an award-winning Jack Nicklaus course just a few miles from the Denver Broncos training complex, quarterback Peyton Manning jumped in with a random group for nine holes. But before leaving the strangers, Manning sank the second hole-in-one of his life. One of the golfers was Tom Harrington, an avid Broncos fan. “You’d have thought he made (the hole-in-one),” Manning told the L.A. Times. “He was that pumped.”

May 26: Brothers ace same hole
At the 14th hole of Hillsview Golf Course in Pierre, S.D., 11-year-old Josh Rowe nailed his 5-iron 148 yards and into the cup. The trio of Josh, his dad Bert, and his brother Alex sprinted to the green and celebrated. After they calmed down and returned to the tee box, 9-year-old Alex used driver from 128 yards. No one saw where his shot landed, but when Alex went to pull the flag for his dad’s putt, he found his ball.

June 15: Father, son hit three holes-in-one in a week
Nick Graham hit his first-ever hole-in-one on June 8 at the Avalon Lakes Golf Course in Warren, Ohio. Later that day, he took his son, Jimmy, out for a round with his friends at Squaw Creek Country Club to celebrate Jimmy’s 13th birthday. On the third hole, the birthday boy rolled in his drive. Then, exactly a week after his first ace, Nick drained another at the Trumbull County Country Club.

June 16: Stefani ends U.S. Open on high note
PGA Tour rookie Shawn Stefani didn’t have a great U.S. Open, but he turned in the greatest shot. His 4-iron attempt off the tee at 17 hit a slope and rolled ever so carefully directly at the hole. When it dropped, the 31-year-old became the first player to nail a hole-in-one at Merion Golf Club during the U.S. Open. His reaction is priceless.

Mid June: Husband, wife separately sink aces on same day
Enjoying a round with some buddies at the Ranch Country Club in Westminster, Colo., Bob Alter immediately called his wife, Karen, after he used an 8-iron at the fourth hole to sink his first hole-in-one. She thought he was kidding. Imagine Bob’s surprise, then, when Karen called later that afternoon to say she just picked up her drive out of the cup at the Ranch’s 15th hole.

Late June: Blind golfer, five others hit aces on same course
The Cleobury Mortimer Golf Club in Kidderminster, England, is now being called the luckiest course in Britain, and for good reason. When 67-year-old Arthur Aston’s tee shot found the cup on the eighth hole, he became the sixth golfer in the past two weeks to record a hole-in-one there. Yet Aston’s, by far, was the best – he’s blind. His helper, Roy Chapman, describes the shots to him, then Aston hits. In the 12 years he played golf before losing his sight, Aston says he never hit a hole-in-one.

July 21: Lexi Thompson’s ace nets her a car
Tour pros are a little more likely to sink holes-in-one than everyday hacks, which explains how Lexi Thompson can boast of collecting four aces before she turns 19. But her first hole-in-one in competition came Sunday at the LPGA’s Marathon Classic, and the shot won her a car, the new Kia Cadenza. She aced the 180-yard 14th hole at Highland Meadows Golf Club in Sylvania, Ohio.

July 23: Eight-year-old’s ace caught on video
Many dads like to narrate their son’s sporting endeavors, but few actually do a good job. Tony Grossi is one of those fathers, likely because he talks about sports for a living on radio station WKNR in Cleveland. So he did a good job recording his 8-year-old son, Anthony, sinking his first ace. The shot came at the Two Club Learning Center and may have only traveled 44 yards, but it still goes down as a “1” on the scorecard.

July 23: Actor Jeff Daniels sinks an ace
Oh, how we wish there was video of this. Judging by his antics from “Dumb and Dumber,” we assume Daniels went a little nuts when his tee shot rolled into the ninth hole at the Polo Fields Golf and Country Club in Ann Arbor, Mich.