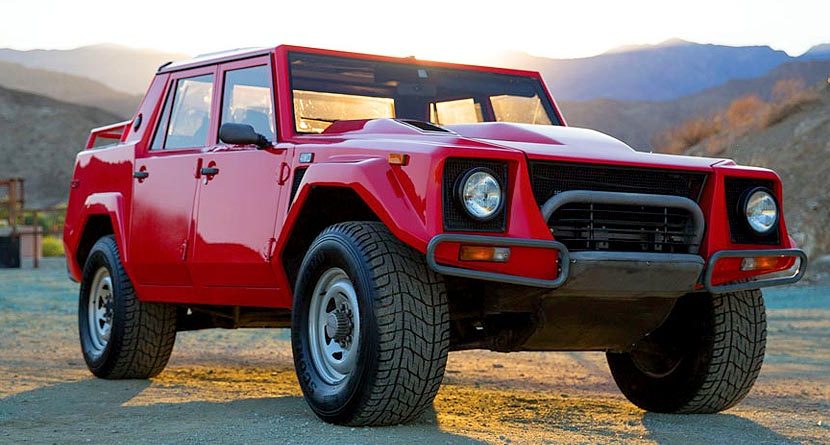 Ever wanted to take your $500,000 Lamborghini off-roading in the desert with a bunch of your buddies, but don’t want to scratch it up?

A mysterious and relatively unknown 1989 Lamborghini model has surfaced and will be up for auction in a few weeks. Contrary to traditional Lambo style, it doesn’t go by the name of a fighting bull. It’s simply called the LM002.

This four-wheel drive beast isn’t like the typical SUV you’re accustom to. Not even close. It’s packed with 444 horsepower and a V-12 engine.

And in case you’re running from the cops or a guy with a chainsaw, you’ll get up to 60 mph in just 7.7 seconds.

By the looks of the speedometer, it tops out at 220 mph, which I would assume is fast enough for anyone and everyone. It’s only got 18,000 miles on it, which is only like four full tanks of gas … and I say that only somewhat sarcastically.

The size of the fuel tank on this thing is absurd, and so is the gas mileage. It holds a ridiculous 76 gallons of gas and gets eight miles-per-gallon.

In other words, don’t plan on driving cross country in it.

Discovering that Lamborghini once made an SUV is surprising, but not as shocking as it was to find out it also makes many other products that aren’t automobiles.

Here are some of the coolest non-car products with Lambo’s logo on it, including a $6,000 phone.