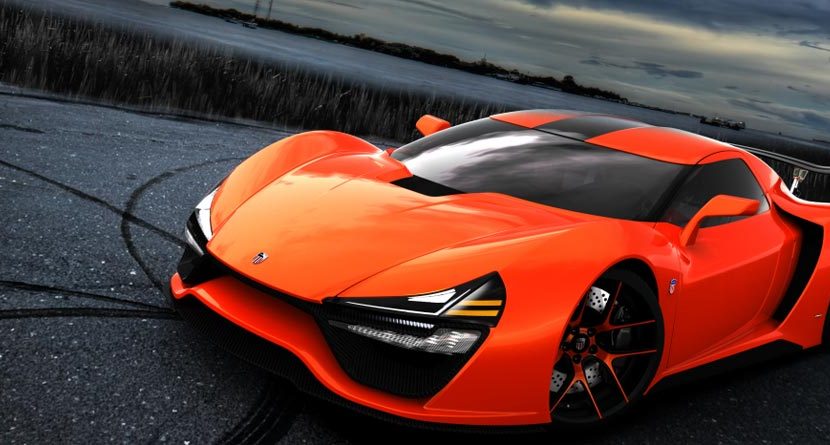 Supercars are popping up everywhere nowadays. Lamborghini is making hybrids, Ferraris are selling for $2.5 million, and the electric Renovo Coupe is set to sell for $529,000.

So which do you choose? Well, here’s one that would make a good choice.

A California-based company, Trion Supercars, is jumping into the supercar-scene with a sweet first ride: the Nemesis. Its top-of-the-line model, the Nemesis RR, features a 2,000-horsepower twin-turbo charged V8 engine and can go from 0-60 mph in just 2.8 seconds.

It can reportedly get up to 270 mph with it’s eight-speed sequential transmission. And if you’re tall — like really tall — have no fear. You’ll be happy to know that you can fit comfortably. The cabin features “a unique blend of cutting-edge technology with reduced volumes to optimize the space.”

Essentially, it looks like the cockpit of a spaceship.

Aside from all the impressive performance numbers and power under the hood, there is one key feature most definitely worth mentioning: It was designed to fit your golf clubs.

“The rear trunk was specifically developed to accommodate golf clubs or luggage so owners do not have to car swap for different functions,” as stated on the Trion website.

Along with the Nemsis RR, Trion is set to produce three other models. The GT is a slightly less powerful RR, while the Nemesis E and ER are electric versions. The Nemesis will reportedly be available in 2016 with rumors saying the price tag will be upwards of $1 million. It’ll rival the Bugatti Veyron which retails for close to $2 million with half the horsepower of the Nemesis.