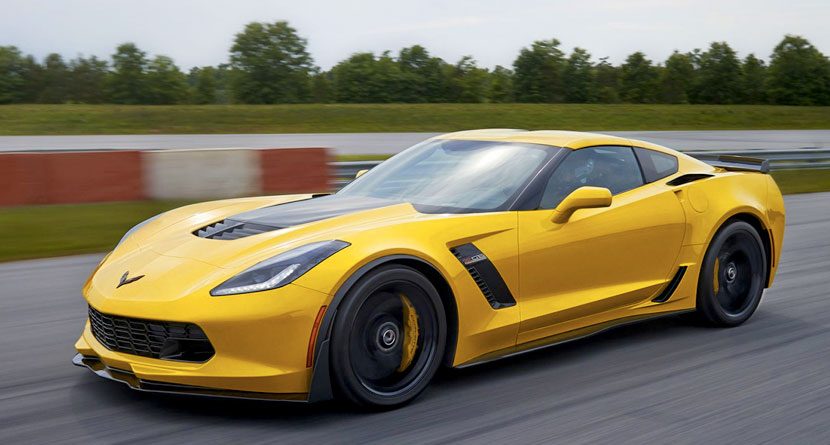 So you’re looking to buy a new sports car. Which way do you go? Mustang? Camaro? Viper?

The all-new Z06 is an absolute beast on the inside and sharp as ever on the outside. The more powerful of the two Corvettes — with the Stingray being the other — the Z06 is a manly-man’s ride.

Just look at the specs:

Not enough? How about a top-speed expected to be more than 200 mph and a choice of two transmissions: seven-speed manual or eight-speed automatic with paddle shifters.

So yeah, you’re getting plenty of bang for your buck.

After seeing the 2015 Z06 and clamoring over its beauty, it got us thinking about some of our favorite Corvettes over the years and where this one would rank among them.

1) 1953: You have to start with the original. Introduced at General Motors’ Motorama car show in New York City, the Corvette became the first American sports car with an all-fiberglass body. All original models were white convertibles with a red interior and black canvas top. It may not look like the ‘Vettes we have today, but this was the one that started it all. Seeing this model from 1953 makes us appreciate how far sports cars have come — largely because of this ride right here. It featured a six-cylinder, 150-horsepower engine with a two-speed Powerglide transmission. 2) 1963: ‘Vettes moved into the stylish category when the first coupe (two doors, permanently affixed roof) was introduced. This was the first of the second generation of Corvettes, also known as the Stingrays, and basically set the standard for every generation that followed. In 2013, Chevrolet brought back the Stingray in a new body style to commemorate this original. Without the Stingray, who knows what would have been. It was a monumental model for Corvettes, even with just 300 horsepower and four-speed manual transmission. 3) 2009: The C6 ZR-1 broke new ground for Corvettes in 2009. It was the most powerful Corvette ever made with 638 horsepower, essentially putting a race car on the streets. The blue paint went away from the classic red or yellow that we were used to seeing, but it’s safe to say that it worked. Going from zero to 60 mph in just over three seconds and the use of carbon fiber made it lighter and faster than ever. When you see one of these driving down the road, it still makes you do a double-take … after you hear it scream by. For more of our favorite Corvettes, check out the list here.