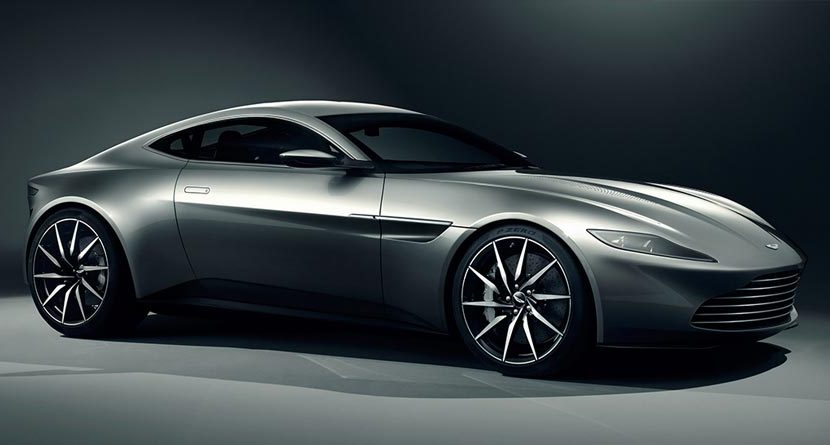 Quick: What are the best cars from a movie series? The answer: James Bond’s never-ending line of Aston Martins. And the line seems to have no end. The all-new Aston Martin DB10 was revealed for the next 007 film, “Spectre,” due to release in 2015.

As you’d expect, the DB10 is freaking awesome and driving it will probably raise the hairs on your neck. You’ll just have to ask Bond, himself, to find out. The DB10 is reportedly based on the V8 Vantage and is essentially a re-done version of the car, but that doesn’t mean it’s not a sweet ride. Not many specs have been released for Bond’s whip, but word has it the DB10 will have the same V8 engine as the Vantage.

That’s probably irrelevant, though, because no matter how much (or little) power the car has, it’ll always look like Bond’s going 1,000 mph in the movie. You know what I’m talking about.

With the unveiling of the next Bond ride, we compiled the best cars from Bond films in the past.

Here is our list of a few of our favorites: Lotus Espirit – “For Your Eyes Only”