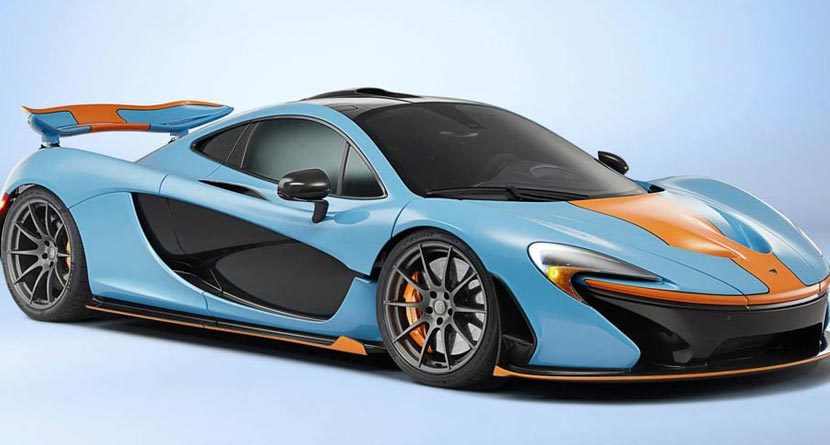 When you buy a $1 million car, the plan probably isn’t to customize it and paint it a ridiculous color. Maintaining the car’s sheer beauty is what most people do, but not everyone.

This is not only shown in some of these athlete’s ridiculous rides, but also in Canadian venture capitalist Miles Nadal’s $1.15 million McLaren P1.

This insane ride features two engines: A 727-horsepower V8 as well as a 177-horsepower electric motor. Together the two produce 904 horses with a top speed of 217 mph.

But what’s fascinating about this car isn’t what’s under the hood … it’s about what’s on the outside. Yes, I’m telling you to judge this book by its cover because the cover is awesome.

The body features a crazy blue and orange paint job that’s unlike anything we’ve ever seen — nevermind on a McLaren.

The ride was reportedly ordered through McLaren’s Special Operations customization program where all the modifications were made.

According to Car and Driver, there were only 375 examples of the McLaren P1 made, which makes this specific one even more unique.

The car was sweet as-is, but adding a paint job like this makes it truly one of a kind. Sure, this particular McLaren is incredible and eye-catching, but there are some other awesome customized McLaren’s, as well.

Here are some of the best out there: