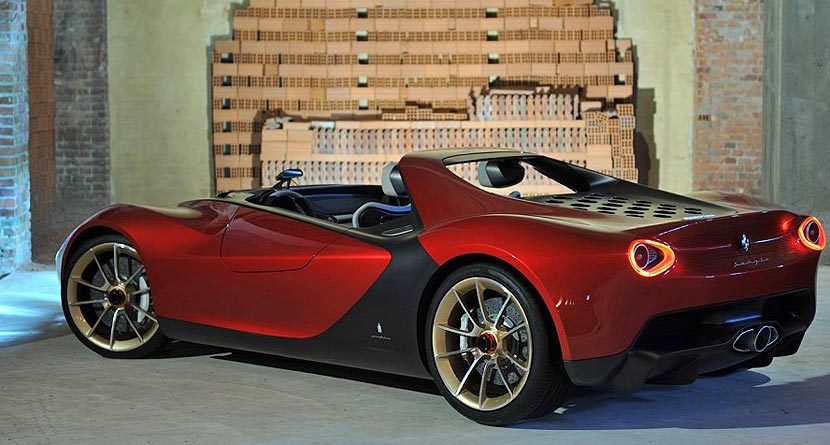 Just about every Ferrari could be considered “exclusive,” but this one might take the cake. The Ferrari Sergio was once a concept car that showed up at the 2013 Geneva Motor Show, however it’s now becoming a reality for a handful of people — a small handful.

In fact, not even a huge pile of money is enough to get one of these.

Only six are being made, and what makes it even harder to get one is that only customers with an invite can purchase it. If you haven’t gotten a letter from Ferrari yet, unfortunately you’re out of luck. All six invites have been delivered already, meaning all of them have been scooped up.

It’s easy to see why:

The Sergio was designed in partnership with Pininfarina, an Italian car design firm, and is modeled after the Ferrari 458 Spider’s mechanical components. The name “Sergio” comes from “the man who led Pininfarina for 40 years,” Sergio Pininfarina.

Akin to the 458 Spider, the Sergio will be powered by the same 570-horsepower V8 engine. It’ll go from zero to 62 mph in less than 3.4 seconds and can get up to 199 mph. The doors open in butterfly fashion, revealing the interior of the two-seater super car. There’s really nothing to complain about in the Sergio and it’s one of the most unique cars you’ll ever see — Ferrari or not.

The price tag for a Sergio is expected to be several million dollars, however no set price has been announced.