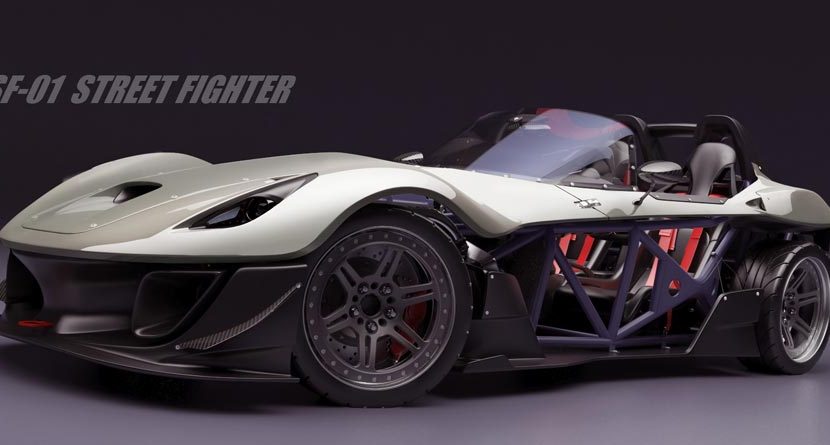 Crowdsourcing has become the latest trend for product designs and ideas. Nike used this method for choosing which shoes Tiger Woods would wear at a tournament, and now a car-maker has taken the same approach.

Local Motors ran a design challenge for its latest sports car, asking car enthusiasts to come up with design and performance ideas. The campaign was successful, and thus the Street Fighter 01 was born.

The winner came up with a model that resembles a Dodge Viper stripped down to its bare bones, which also features upside-down Dodge Dart tail lights. The contest pulled in hundreds of entries, with the SF-01 being crowned the winner — and rightfully so. According to Local Motors, the SF-01 “will be the first in a line of vehicles based on a strong light weight tubular frame that is both suited for inspired commuting and track day events and approved race series,” and will have the ability to accommodate several different engine sizes. Local Motors will now be put up to the task of building a prototype model of it before it’s more widely produced, but this thing would look incredible going down the road.