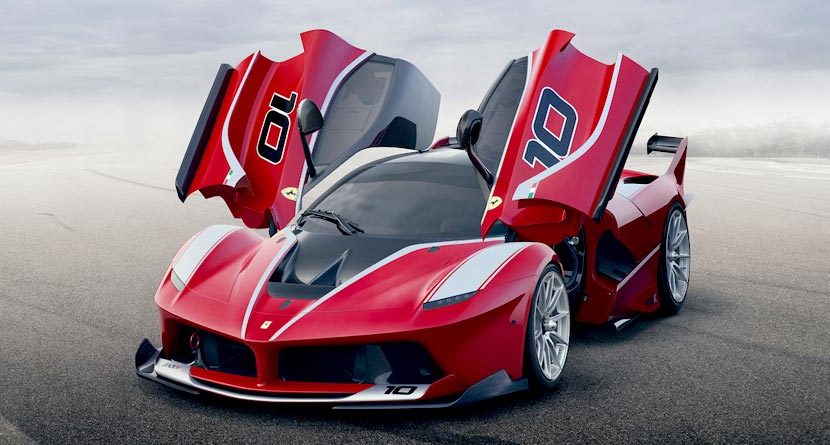 Ferrari is back again with another ridiculously-expensive and powerful car. This one, however, isn’t your everyday ride and shouldn’t be driven like one.

The new Ferrari FXX-K is an absolute beast, packing 1,035 horsepower and 664 pound-feet of torque into a V12 engine. That’s all well and fine, but what does it mean? By comparison, the Ferrari Sergio “only” has 570 horsepower and tops out at 199 mph.

Nearly double that number and you can see how powerful and fast this car really is.

Without a doubt, it’s one of the most unique cars you’ll see, especially with the split rear spoiler, huge exhaust pipes, and a massively-wide body kit. The doors open butterfly-style as any sportscar’s should, which just adds to its beauty.

Just don’t plan on getting one for yourself — it doesn’t matter how much money you have. In typical Ferrari fashion, the FXX-K will be produced in extremely limited quantities. Acording to Road & Track, all 32 cars have already been scooped up and purchased for an insane $2.7 million apiece.

So even if your bank account is feeling a little too full, you won’t be able to get one.

According to Forbes, the Ferrari FXX-K would be considered the second most expensive car of 2014.

Here are the other cars in the top-4, including the FXX-K: