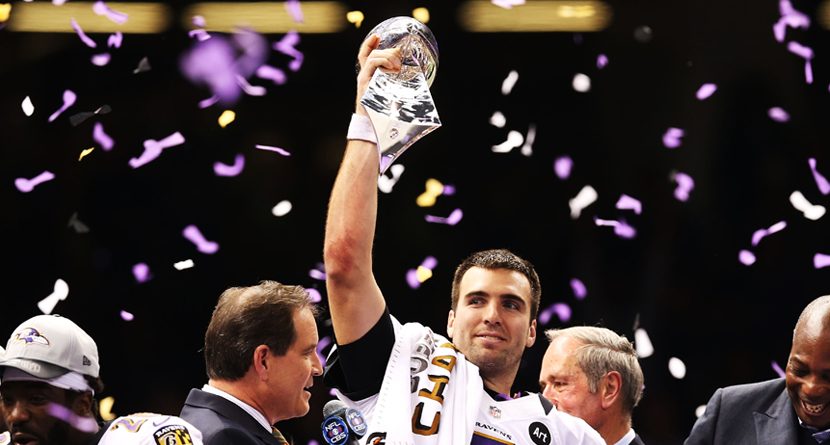 Ah, Super Bowl Sunday. A tradition like none other. A day when the entire country gathers around the TV and stuffs their faces with wings and booze.

Perhaps a greater tradition than the game itself are the commercials during it. Now, I don’t know when this phenomenon began but, over time, the ads run during the Super Bowl have become an event all to themselves. Everyone has that one friend at the party who makes everyone shut up when the games goes to a commercial. It’s probably the only day of every year that people look forward to a break in the game action.

Yesterday’s ads did not disappoint. Some were funny. Some were heartwarming. And a couple were pretty damn disgusting. Here are some of the commercials that I felt made the most of the $3 million-plus to land 30 seconds.

The King of Beers did it again. It seems like every year, the people at America’s most famous beer company find a way to steal the spotlight. This year, they went back to their roots and brought back the beloved Clydesdale.

Now, everyone knows that dogs are a man’s best friend. There have been plenty of ads that show the relationship a man can have with his dog, all of which have been pretty awesome. However, this commercial about a guy who is reunited with his horse after three years was a real tear-jerker.

Pretty awesome stuff. So awesome in fact, former WWE champion “Stone Cold” Steve Austin was brought to tears. The King of Beers brings even the mightiest of men to their knees. Bravo.

I’ll be the first person to admit that, in my high school years, I ate at Taco Bell far too often. Late-night runs with my buddies were a regular weekend occurrence. As I got older and (somewhat) more mature, I realized that I couldn’t continue being a skinny human being if the words “Cheesy Gordita Crunch” and “my diet” appear in the same sentence.

That being said, Taco Bell had one of the funniest ads of the Super Bowl. They not only used a group of elderly people acting like teenagers, but they also took the smash hit “We Are Young” by Fun. and translated it to Spanish for dramatic effect. Well done, Taco Bell. I actually considered turning back over to the dark side for a minute.

At this point, GoDaddy has made a name for themselves as being one the most provocative companies in terms of their marketing schemes. Well, they certainly grabbed everyone’s attention with their first spot during Sunday’s broadcast. In short, world famous supermodel Bar Refaeli got very familiar with a nerdy looking web producer. But, if you took to Twitter after the ad aired, a lot of people were unhappy with the undertones of the commercial. If shock factor was the goal, then GoDaddy nailed it.

Ironically, my favorite ad of the night was provided by the same people who make the best snack in the world. Oreo. “The Whisper Fight” is an instant classic in my opinion.

“You guys need to stop fighting, we’re the cops.” That might be the most perfectly delivered line of the year so far.