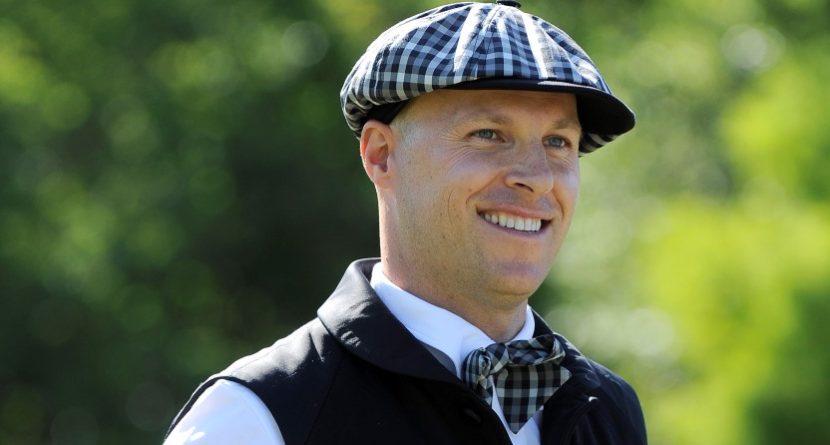 Outside of the sport they play so well, pro golfers are just like the rest of us: They watch football and crack jokes on Twitter when the Super Bowl is nearly as lopsided as the 2000 U.S. Open. Here’s what many had to say during Sunday night’s Super Bowl XLVIII:

Long night for the donkeys when #Tebow has a better #superbowl than #Manning!

Do blowouts happen in Super Bowls!!! Wow!! I’ll be on cloud 9 for a while

That game was really depressing for me. Luckily I was practicing and only watched the last few minutes. #SuperBowlXLVIII #Broncos

If you bet on Denver, just claim you meant the Nuggets!

I hope the @Broncos at least score something.. Worked too hard to get this far to be absolutely annihilated @SuperBowl

Probably the first time I’ll turn off the Super Bowl. No skin in this game, and it’s not competitive. #shocking

Wish we got the Superbowl commercials here in New Zealand because the actual game is so boring. Glad the Seahawks r winning though! #SB48

The companies that bought advertisement time towards the end of the game must be really happy!!

Joe Buck just said Seattle has won in all 3 phases so far. Offense, defense, and special teams. He forgot coaching.

Am I watching a preseason game?

Solid halftime performance by Bruno Mars. Anyone know what kind of hair product does he uses? Thinking about going w that look this yr.

Good news Golf Boys fans… I’m hearing that @RealJoeNamath has agreed to give @HunterMahan his coat back pic.twitter.com/5yJlPG8EL3

Are Denver being paid to throw this game?! #SuperBowl

I have watched better little league games than this Super Bowl

Anyone have the Broncos having 11 total yards in the 1st Q??

I mean…might as well let the raiders play!

What is Joe Namath wearing?!?!