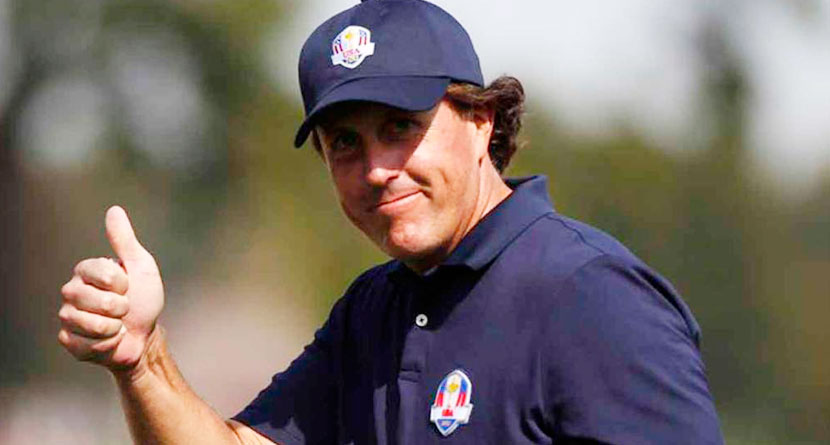 Phil Mickelson has already vowed to be more careful in who he associates with when it comes to playing the stock market following his role in the Dean Foods insider trading case, but now he has extra incentive. A Tuesday decision by the U.S. Supreme Court will see to it that anyone who played a role similar to Mickelson’s will be charged in the future.

GolfDigest.com’s Alex Myers broke down the Salman v. United States decision, and how it would have affected the Mickelson case.

The court ruled in favor of prosecutors against Bassam Salman in the case of Salman v. United States. The case itself had nothing to do with golf, but the decision will have a huge impact on insider trading cases going forward, including those where a stock tip is exchanged on the course.


It also relates to an insider trading case that involves one of the biggest names in the sport. Previously, the law regarding these types of financial crimes was somewhat murky, mainly from a ruling made by a New York-based appeals court in 2014 that made it tougher to convict in cases where nothing tangible was exchanged between those swapping info. And it was that 2014 case, United States v. Newman, that helped Phil Mickelson this past year when he was being investigated for insider trading.

Mickelson used an insider stock tip to make nearly $1 million in 2012, but he was cleared of any wrongdoing by the SEC since he got the tip second-hand from friend Billy Walters and because he didn’t pay Walters for the tip and it was difficult to prove he knew about the tip’s benefit when he received it. United States v. Newman protected investors separated from the original source of information so the charges fell on Walters, who had directly paid for the tip from Thomas Davis — one of the directors of Dean Foods Company — by loaning him $2 million. Walters then made about $40 million off the tip.

The SEC’s investigation determined Mickelson was separated enough from the original source (Davis). However, the five-time major champ was named a relief defendant in the case and he had to pay back the money he made off the tip plus interest.

Following the Supreme Court’s latest decision regarding insider trading, both the tipper and the tipee (and any others the tip gets passed onto) are now much more at risk of being convicted, regardless if there is any direct personal benefit exchanged or how many degrees of separation there are from the original source (The Salman case involved a man passing info to his brother, who then passed it along to Salman, his future brother-in-law).

Myers also pulled a quote from The Australian Financial Review‘s report on the case from Peter Henning, a law professor at Wayne State University Law School, that golfers should take heed of.

“The Supreme Court’s decision is pretty simple,” Henning said. Just making a gift of info, “can trigger insider-trading liability. Golf buddies, roommates and others are back on the hook.”