Take A Look Inside Arnold Palmer’s Awesome Office And Warehouse 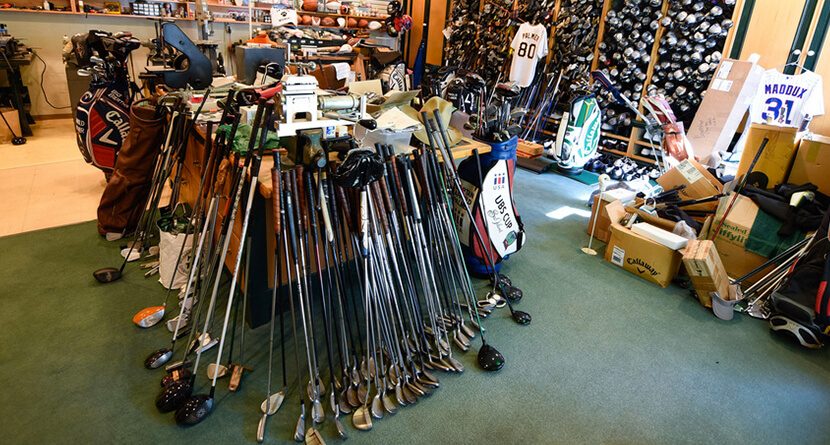 Arnold Palmer has lived one of the exceptional golfing lives in history. Given his skill, personality and popularity, it’s not hard to believe that he has come across a myriad of clubs, trophies and memorabilia during his 86 years on Earth.

It would be impossible for someone of Palmer’s stature to keep all the gifts and accolades he has received over the years in their living quarters, so Palmer smartly began to keep a detailed and stocked warehouse in his Latrobe, Penn. office. The office has grown into a warehouse of treasures that not only tell Palmer’s history, but also the history of the game over the last 50-odd years.


With the U.S. Open down the road at Oakmont last week, Callaway Golf’s Chad Coleman and AJ Voelpel visited Palmer’s office and its keeper, Doc Griffin, to take fans through the entire warehouse on Facebook Live.

Inside The King’s Castle.

Coleman, Voepel and Griffin go on an extensive tour of the property that has been neatly shrunken down into this Ready Mag interactive slideshow.

Here’s the 45-minute tour, if you’re so inclined.

And if you don’t have 45 minutes, but want to get an idea of what’s in the warehouse, here’s a piece from In Depth with Graham Bensinger that can act as the cliff’s notes version.