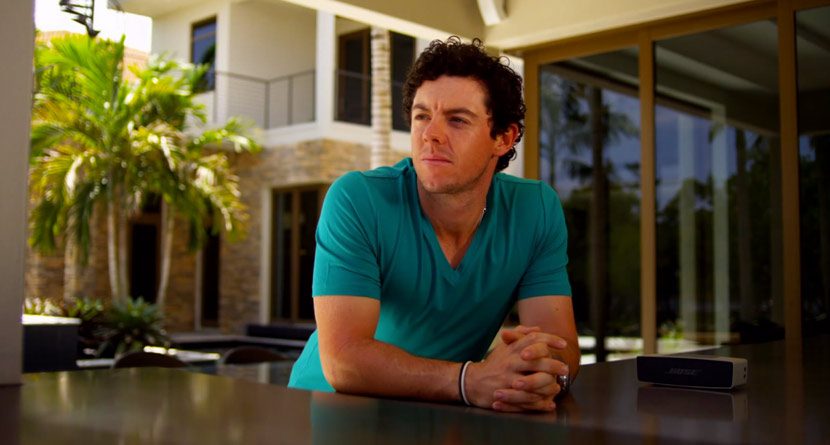 Not surprisingly, Rory McIlroy owns an extremely nice home. A few of them, probably, but one he’s shown off a bit is his mansion in Palm Beach Gardens, Fla. – an area also known as “Golfer’s Paradise.”

As part of its 2014 #DontSleepOnSummer campaign, Nike Golf sent out a few shots on Instagram of Rory at his pad – doing work in the home gym and barefoot on the backyard putting green:

However, there’s much more to see of the 15,286-square-foot, six-bedroom, 9-bathroom house, which McIlroy purchased in 2012 for $9.5 million. As seen in these aerial photos, there are also a few party patios and a place for a yacht.

For a look inside, McIlroy let Bose come by for a visit a couple years ago:

As McIlroy said, his trophy room is a little reminder that he is actually pretty good at this game – something he needed last year. This year, he’s doing well to fill those shelves with trophies.