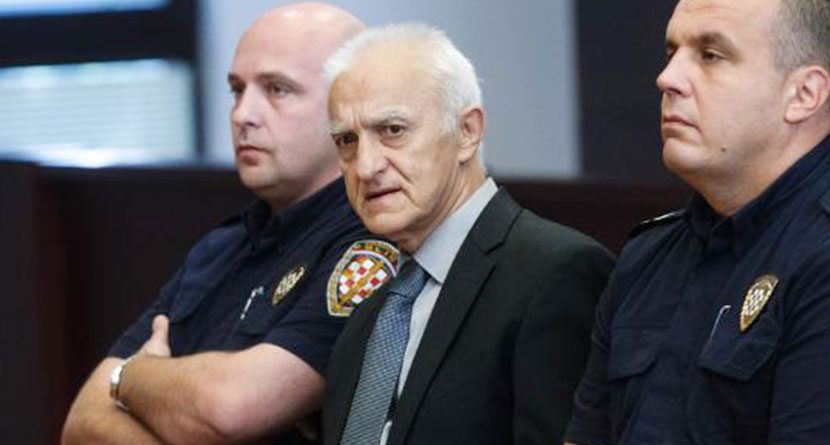 A Serbian golf pro who was teaching in Australia began his trial this week in Croatia after being extradited for war crimes. That’s one helluva swing: one day you’re working with a junior golfer, trying to get him to stop coming over the top with his driver, and the next you’re in handcuffs and awaiting extradition back to Croatia where you’ve been labeled a war criminal.

Dragan Vasiljkovic, known as Captain Dragan during the Croatian War of Independence, led a Serbian paramilitary group known as the Red Berets. He has been accused of three war crime charges: torture, ordering the torture and killing of two prisoners of war and colluding with the commander of Serbian tank unit to attack a Croatian town and surrounding villages, according to The Australian.


The first Australian extradited for war crimes, Dragan Vasiljkovic, gave an impassioned defense on the first day of his war crimes trial in a Croatian court, claiming the charges were ­“orchestrated” and “politically ugly.”

Mr. Vasiljkovic, who was arrested in 2006 when The Australian found him working in Perth as a golf instructor, arrived at the war crimes court in Split handcuffed amid heavy security.

He declared, “I am absolutely not guilty” to all the charges.

Dressed in a grey suit and tie, Mr. Vasiljkovic, known throughout the Balkans as Captain Dragan, looked older than his 62 years and diminished in stature compared with the imposing figure who in the 1990s led the Serbian paramilitary unit called Knindze or Red Berets, based in Knin, Croatia.