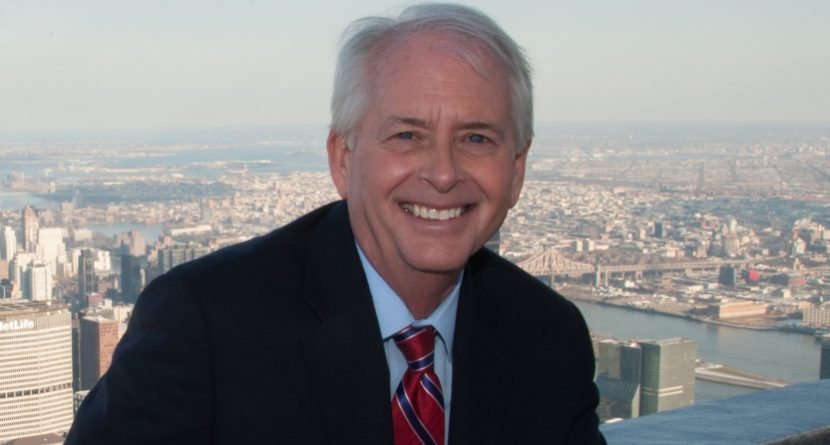 Chances are, if you follow sports, you saw how that Indianapolis Colts-Kansas City Chiefs playoff game turned out on Saturday. If not, you should.

Ted Bishop, the President of the PGA of America and an Indiana native, was lucky enough to watch it in person. Well, the first half anyway.

He tweeted out a picture of his grandson from the stands:

But early in the third quarter, Kansas City pulled out to a commanding 38-10 lead. At that point, apparently, Bishop had seen enough, so he left. And he missed the second-largest comeback in NFL playoff history. The Colts won 45-44 after 35 second-half points.

Obviously, it wasn’t a proud moment for Bishop. And few people would have even known, but unfortunately for Bishop, he’s good friends with Mike Greenberg, who is one half of the popular “Mike & Mike” ESPN radio show.

Bishop tweeted this morning that he was called out on the Mike & Mike show. Amusingly, though, Bishop is taking credit for the Colts victory.

Greenberg emailed Bishop after the game to say he couldn’t believe what he just saw. Bishop replied, “Me neither. We left at 38-10. I was furious. My 7-year-old grandson was sitting at home eating a hot dog on the couch when the game ended. I should be in prison.” (The part about Bishop is roughly 32 minutes into the podcast.)

Greenberg and Mike Golic proceeded to poke fun at Bishop, especially because the game was held in a warm and cozy dome while other playoff games were outside in frigid temperatures.

But Bishop wasn’t afraid to admit how fortuitous his favorite team was:

If you’re a fan of Mike & Mike, or of Bishop, you may remember Greenberg and Bishop’s bet regarding the Colts and New York Jets in 2011. They wagered on whose team would have a better record. Unfortunately for Bishop, that was the year Peyton Manning sat out the entire season due to neck surgeries.

But Bishop admirably paid up after he lost. And his Colts could very well see Manning, who’s now with the Denver Broncos, in a couple weeks.

Other Hot Links:
– Jason Dufner Can Watch BCS Title Game If He Plays Fast in Hawaii
– Ian Poulter and Steve Elkington Throw Down on Twitter
– Tweek in Review: This Week’s Best Tweets