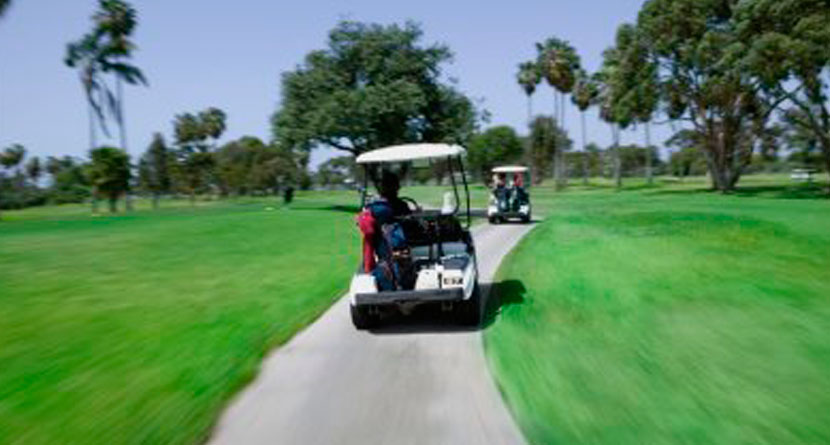 A Texas golfer was killed on Monday during a round at Apple Mountain Golf Resort in Camino, California when he lost control of his cart going over a bridge on the course’s 10th hole.

The 44-year-old man, identified by the California Highway Patrol as Brett Shannon, was driving the cart  “at an unsafe speed downhill on the cart path” along with 31-year-old Clayton Rogers of Sacramento, according to the CHP’s news release.

Shannon lost control of the cart and crashed through the bridge railing into a creek where the driver was ejected and sustained fatal injuries. The passenger suffered minor injuries and was transported to a local hospital.

“Golf carts aren’t typically manufactured with the same safety ratings as a normal passenger vehicle would be,” CHP Officer Andrew Brown said. “Oftentimes, they don’t come with seatbelts. They travel at lower speeds than a normal car, obviously, but death and injury can occur at very low speeds.”

Brown said the CHP are investigating to see what caused Shannon to lose control of the cart, but alcohol and speed are believed to have played a role in the fatal crash.

“Just know that DUI applies everywhere,” Brown said. “Behind a scooter, electric golf cart, your own personal vehicle on public roadways or in a golf course.”