The 3 Worst Times To Get Drug Tested 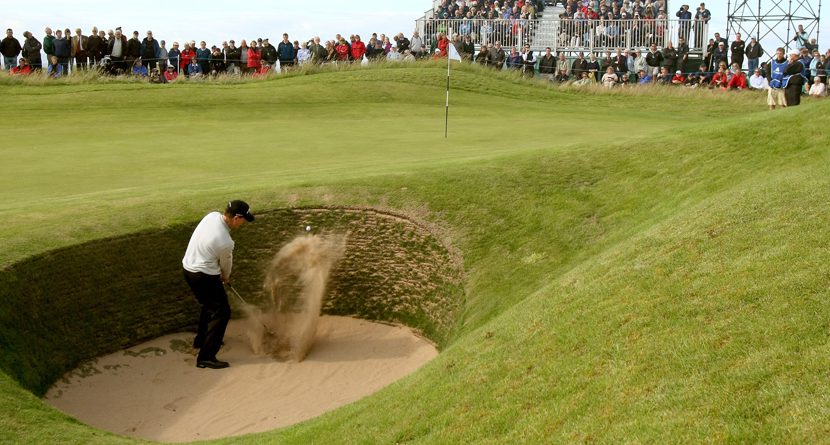 By now, you’ve probably heard about Lindsey Vonn’s unexpected interruption during her evening with designer Cynthia Rowley at the Council of Fashion Designers of America Awards, also known as the “Fashion Oscars,” in New York on Monday.

Vonn, an Alpine skier and girlfriend of Tiger Woods, was sitting with Rowley, who designed the dress Vonn was wearing at the event.

Her cellphone buzzed. It was the U.S. Anti-Doping Agency. They were outside the Lincoln Center and needed to collect a sample. Like, immediately.

Vonn, who is no stranger to random drug tests (every Olympic athlete, not to mention other professional athletes, are subjected to them), asked Rowley to escort the testers into the building while she headed to the restroom.

The testers met her in the loo, where Vonn provided a urine sample. Then she resumed her evening of rubbing elbows with fashion’s elite.

We got to thinking, what are some of the worst times a golfer could get drug tested? Aside from the obvious worst-case scenario of “Right before putting for the green jacket on the 18th hole at Augusta,” here’s what we came up with.

The British Open, Where There Are No Trees

The par-3 13th hole at Muirfield, the site of this year’s British Open, is a good example of this. Like most of the course, there are no trees. It’s a links layout, after all.

You’re walking up to the green after hitting your tee shot when a drug tester nudges you and says you need to give a sample. If you go back to the clubhouse, you would be assessed a slow-play penalty. So you decide to, uh, relieve yourself into a cup on the spot. Problem is, there’s nowhere to take cover from the thousands of spectators.

The First Tee At The U.S. Open Monday Playoff
With a coveted title at stake, the pressure cannot be any greater. Let’s say you’re about to leave the driving range and head over to the first tee to greet your competitor at the start of the round.

And then the drug testers show up. They stealthly divert you to the clubhouse, where you spend 25 minutes drinking water and, finally, giving a sample. By the time you make it to the first tee, your competitor is posing with the trophy. You missed the tee time and got disqualified. While Flirting With The Beverage Cart Girl
Don’t deny it. You’ve purchased 10 Powerades, six beers and four bags of pretzels from the roving beverage cart girl during your round, with the sole intention to do some flirting. And you didn’t tell your wife or girlfriend about it when you got home.

At any rate, let’s say you’re on the 12th hole and you’re telling some lame jokes to the cart girl. And then the drug testers drive up in their own cart. Neither tester is good looking, unlike your cart girl friend. They ask you for a sample. The girl laughs. You’re embarrassed.

Not only did you not talk to the girl again, but you didn’t have anything to drink for the rest of the round because you completely avoided her.