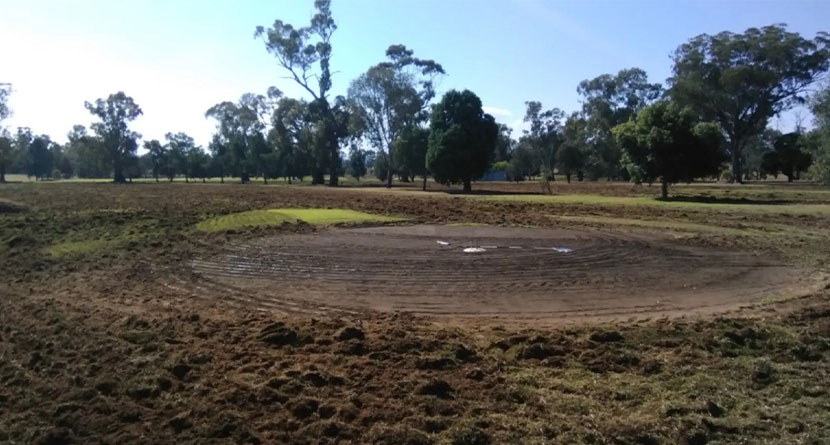 As long as there are nice things, people will do their best to ruin them.

Golf courses have long been the target of vandalism, but what happened earlier this week in Dunedoo, New South Wales, Australia goes above and beyond some delinquents having some fun at the expense of a golf course.

According to The Sydney Morning Herald, police allege a 43-year-old man drove a tractor towing a disc plough to the Dunedoo Golf Club destroying four fairways and several greens on Wednesday morning.

“You’ll never see anything, for as long as you live, like what‘s happened to Dunedoo golf course,” Dunedoo Golf Club’s general manager Ricky Bush can be heard saying on the video. “We’ve had a vandal come in and plough four fairways on the golf course. I’ve never seen anything like it in my life.”

The charged with destroying or damaging a property, using an offensive weapon with intent to commit an indictable offense, entering enclosed non-agricultural land to interfere with business, using a registerable class A motor vehicle on the road and possessing an unauthorized firearm. The last charge came when authorities discovered two unregistered firearms at the property where he was detained.

“We were the only sport in town which had kept going through the pandemic,” Bush told Golf NSW. “The club is a community asset, a vital part of the town. People were just staring at the mess and starting to cry. They couldn’t believe it.”

Officials estimate the damage will require about four months to repair.

If you’d like to help out Dunedoo, a GoFundMe page has been set up to aid in the reparation project.