The Fight To Keep a Hidden Military Golf Course Open 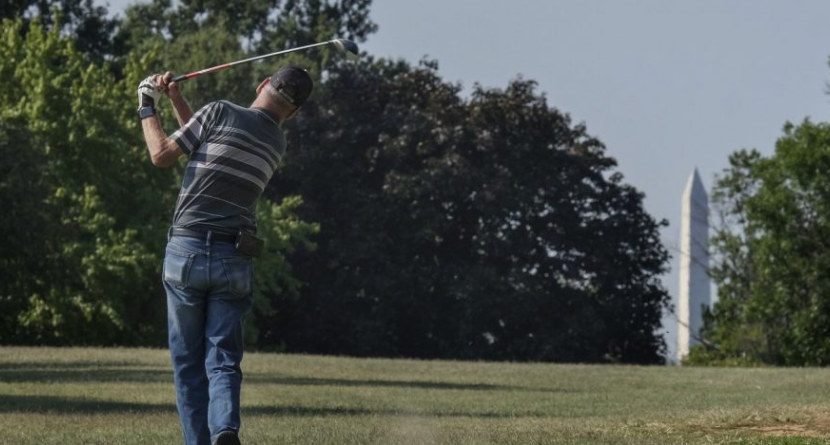 A U.S. military golf course is fighting a financial battle with the Defense Department in order to stay open for business. If it can’t find the proper funding in time for the 2017 season, the government will pull the plug.

The 9-hole hidden gem is located on the grounds of the U.S. Armed Forces Retirement Home and is comprised of over 200 members ranging from city residents to military veterans. It boasts views of the Capitol Dome and the Washington Monument. Plus, membership comes a relatively cheap price tag of $700 per year.

The issue is that it’s the only military golf course out of 215 that is relying on government money to operate. The Defense Department is currently reviewing if it’s worth it to remain open. According to the Washington Post report, Pentagon spokesperson Eric Pahon said the retirement home’s golf course “cannot . . . continue to function at a loss and take money from [the Defense Department].”


In order for the course to remain open, the members must raise $250,000 by December 15th, which would allow them to secure a contract for a groundskeeping crew. If not, the course will close and donors will not be refunded as the money will stay in trust fund benefiting the residents.

The Pentagon owns 215 golf courses around the world. @ianshapira https://t.co/YX5OmGIyAV

Dominique Manchak is a member of a group called the Golf Course Guardians whose sole aim is to keep the track afloat. The group has raised some money through crowdsourcing sights, but they still have a long way to go. Plus, time is not exactly on their side.

“It’s frustrating the Defense Department is not able to dedicate this money for our veterans and for our community,” she said. “But I understand the optics that operating a golf course doesn’t look good to them when they’re trying to fight wars and protect our country.”