The Five Players Most Haunted By Augusta National 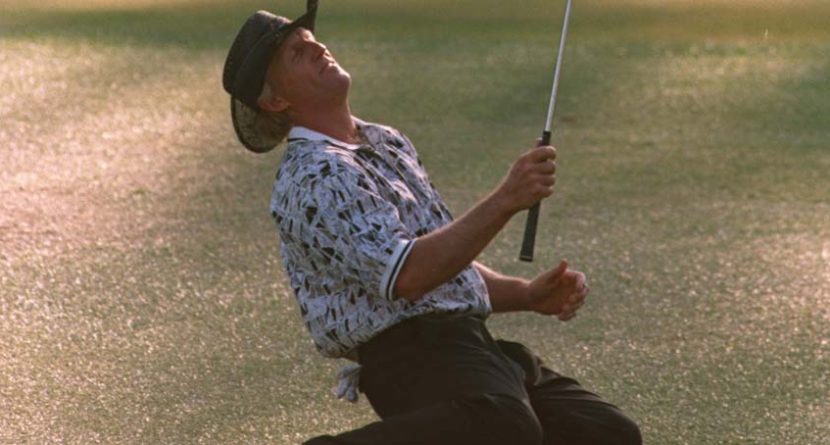 Augusta National is beautiful. It’s pristine. It’s immaculate. It can also haunt a man for his entire life.

The home of the Masters has caused many a nightmare for these five men, who could have had a green jacket put on them were it not for a horrible mistake.

5. Roberto De Vicenzo, 1968: The Argentine was going to a playoff with Bob Goalby, or so it seemed. The formality now was simply signing his scorecard. If he won, he would become the second foreign-born player to win the Masters (Gary Player, 1961, was the first). The problem? De Vicenzo signed for a score higher than his actual score. He gave himself a par on 17 instead of a birdie. Goalby won.

De Vicenzo later said, “What a stupid I am.”

4. Rory McIlroy, 2011: The Curly One was in the thick of it entering the second nine on Sunday at the Masters – when the tournament really begins – and trying to fend off a surging Tiger Woods. Then came the 10th hole. A drive way left and some unfortunate bad breaks led to a triple-bogey 7 on the hole, effectively killing his chances to win. Perhaps comforting, however, is that he won the U.S. Open in record fashion just two months later.

3. Chris DiMarco, 2005: The Florida Gator seemed set to hold off Tiger Woods in what would had to have been considered one of the greater Masters upsets. Then that chip-in at 16 happened for Tiger, leading to a sudden-death playoff. Woods eventually won, despite DiMarco’s best effort to match the Woods hole-out in the extra frame. Now every time the Masters comes on, DiMarco is bound to see the shot that may have stopped his Masters hopes.

2. Raymond Floyd, 1990: Standing on the 17th green, Ray Floyd had the Masters in his hands. Sink a birdie putt and stroll up the 18th for a big win. Instead, he three-putted to leave himself in a tie with Nick Faldo. Faldo won the playoff after Floyd rinsed his ball on the second playoff hole, leaving Floyd to explain, “The pressure basically got to me. Isn’t that choking?”

1. Greg Norman, 1996: The Shark carried a six-shot lead into the final round of the ’96 Masters. Most considered it a done deal on the first tee, save for Norman and playing partner Nick Faldo (funny how he came up twice). An excruciating fall that Sunday eventually resulted in Norman shooting 5-over 77, Faldo in fact winning it by five and one of the saddest final rounds in Masters history.

Related Link: We take you on a tour…with deadly consequences.