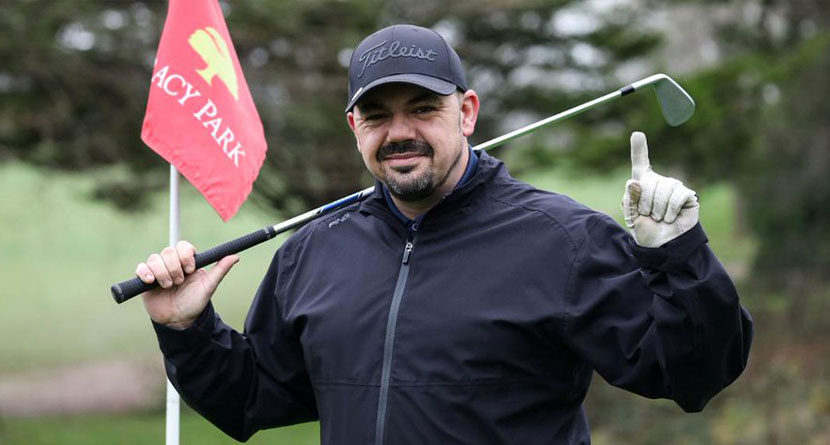 A rough estimate of an average Tour pro’s handicap is +5.4, but the hottest player in the world may very likely be a 2.5-handicap 40-year-old from southwest England.

Neil Watts is a lifelong golfer who went the first 35 years of his golf life without a single hole-in-one to speak of. However, since June of 2021, Watts has managed to find the bottom of the cup in one shot an amazing 11 times — 10 times on par-3s and once on a par-4.

According to the National Hole-in-One Registry, the odds of a Tour player hitting a hole-in-one are 3,000-to-1, while for average players they are 12,000-to-1. The odds of hitting 11 in six months is estimated to be in the billions-to-1.

British amateur golfer Neil Watts is very much the world’s go to hole-in-one guy at the moment — he’s hit 11 aces in the last six months. https://t.co/cTUx2plZiF

While Watts’ first 10 aces came during his normal twice-per-week rounds, he hit his 11th during a television interview with British broadcaster ITV in December.

As any golfer knows, the euphoria of hitting an ace can be subdued by the time you check your bank statement a day or two later. Given the (absolutely ridiculous) tradition that the ace-hitting golfer buys drinks for everyone at the bar, Watts said his run of holes-in-one has changed his approach to post-round drinks, especially after his first two put a significant dent in his net worth.

How long can the run last? Who could say, but Watts says the key to hitting holes-in-one is simply believing you can do it.

That seems simple enough, and as Watts has proven, maybe it is.