Impact COVID-19 Has Had On Golf Industry 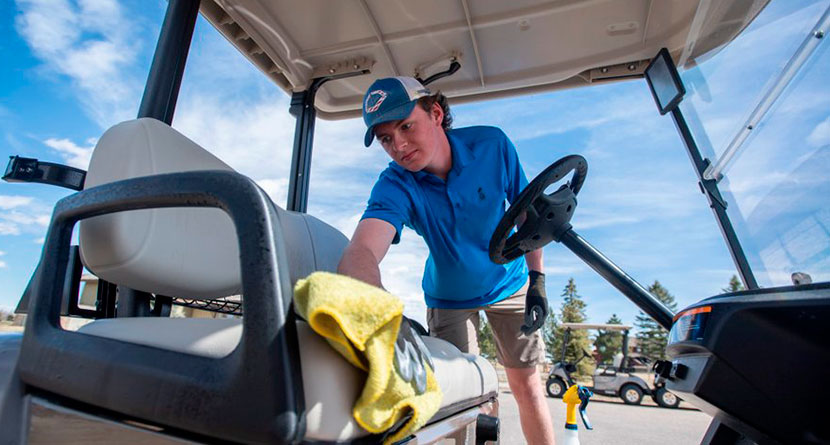 The global pandemic is like nothing else in which we’ve ever found ourselves embroiled in, and as a result, practically every industry is navigating the potential pitfalls in real-time. While the coronavirus pandemic is sure to make for an insightful and teachable model for future generations, that doesn’t make things any easier for those of us living and dealing with it currently.

So, just what kind of impact has the pandemic had on the golf industry? That’s what the National Golf Foundation was out to decipher.

Over the past three weeks, the NGF has been “studying the human and business impacts of this pandemic on golf” using an “ongoing and exclusive nationwide survey, along with other information, data and resources.”

Here are some of the major takeaways. As the pandemic wears on, more and more courses are closing whether it be due to executive stay-home or shelter-in-place orders that prohibit course workers from keeping their doors open or explicitly closing courses to avoid further spread of the disease.

65% Of Golf’s Top Businesses Have Been Impacted Significantly

Using a scale ranging from insignificant to severe, 95% of the top businesses in golf are feeling the heat with 65% responding that the pandemic has had a significant or severe impact on their business.

Major retailers, by and large, have been forced to shut their doors while golf equipment companies reported “a substantial impact on production,” which included shutting down facilities in states such as California and Massachusetts. Club-fitting and instruction have been forced to explore online models during various states of shutdown while golf entertainment companies such as Topgolf and Drive Shack have no other recourse than to close their doors for the time being.

Rounds Of Golf Are Up Significantly

According to the NGF, rounds were up 15.2% through February, but March numbers fluctuated regionally based upon the virus-spread and weather.

SwingU users have been hitting the links at an increased rate over the first three weeks of March. SwingU has logged nearly a quarter of a million rounds as of March 23rd, which represents a greater-than-30% increase month-over-month.

39% Of Golf Consumers Are Optimistic

In the United States, nearly 40% of golf consumers expect the economy to bounce back by summer and grow “just as strong or stronger than before COVID-19” while only 16% of consumers expect a long-lasting impact. A larger swath of the consumer population is either unsure or pessimistic about what the future holds.

Most core golfers reported that the pandemic is not going to force them to completely forgo their equipment purchases, but simply delay spending money until after the worst of the pandemic passes.

For more information on the NGF’s fantastic interactive look at the golf industry as COVID-19 continues to dominate headlines, check out their report in full here.