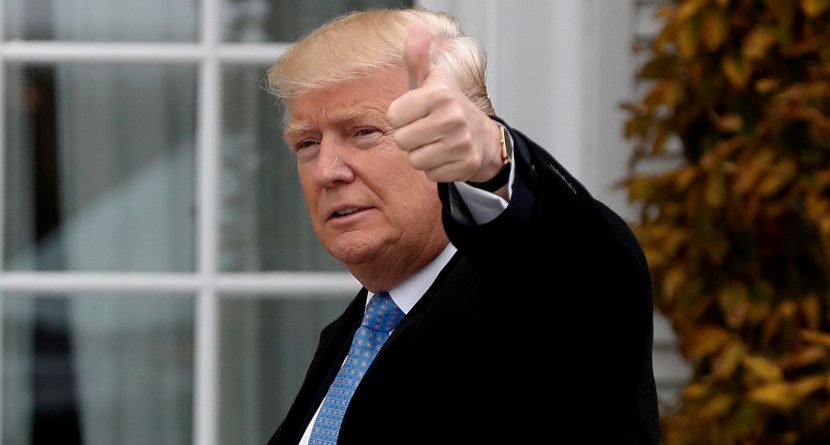 Being the President-elect has its perks. Last week, Trump met with Japan’s Prime Minister Shinzo Abe, and in customary fashion, exchanged gifts they with each other. While there are conflicting reports as to what Trump gave Prime Minister Abe (some say it was a shirt, others say it was golf clubs), there was no question what Trump received. We’ll give you a hint – it’s golf-related!

According to a Golf Digest report, Mr. Trump received a Honma Beres S-05 driver with 9.5 degrees of loft and a 5S Armrq Infinity stiff shaft. The company’s website describes it as being for players seeking a higher trajectory and slice correction. The price tag? A whopping $3,755!


It’s good to be commander-in-chief!