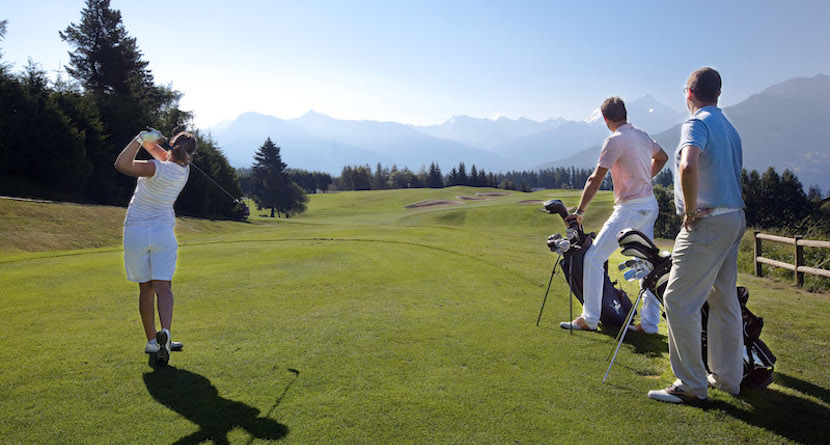 Ask the average non-golfer about trends in golf participation, and they may likely defer to a number of mainstream media articles from a few years ago, that like so much of today’s sensationalistic mainstream media coverage, sought to paint a gloom and doom death knell for golf.

As one who has spent the bulk of my career taking a research-driven approach towards understanding the truth, while simultaneously supporting the golf industry, these articles were both frustrating and infuriating.

In a world of 24/7 news cycles, citizen journalism and a barrage of information, it’s often difficult to gauge between fact and conjecture. It seems that mass media is fixated on train wrecks and spectacles, and golf has not been immune to this. Example number one is the often amplified and purported “fact” that from a participation perspective, the past decade or so has seen participation plummet some 20% from an NGF-reported 30.5 million golfers in 2005 to just over 24 million 10 years later.

This statistic has been a frequent poster child for a conveniently and incorrectly-labeled decade of doom that falsely illustrated Millennials and Gen Z’s rejection of golf’s supposed exclusionary and antiquated traditions and suggests darker skies or extinction ahead from a society that can no longer pay attention for more than 30 seconds or 140 characters.

To paraphrase Mark Twain, reports of golf’s imminent demise strike me as quite exaggerated. In our annual omnibus studies, overwhelming majorities of the golfers we interview strongly agree with the statement that reports of golf’s impending demise are overstated.

And what do we make of Chicken Little and the last decade of participation numbers? Let’s start with the commonly-accepted definition of a golfer as anyone who picks up a club once or more in the past 12 months. OEMs and facility operators are not apt to accept that as the definition of their customer. Rather, it is more a convenient definition that we in the industry are all complicit of espousing when it helped us crack the 30 million barrier in 2003…wishfully enroute to the 40 million that many felt was our destiny at the original Golf 20-20 conference.

A lot of us, including me, were there. And a lot of us wanted to believe it. But the fact was, that even if we accept the definition that one annual experience makes a golfer, and I don’t; 2003 also represented the absolute peak of a classic market bubble. Tiger Woods was a phenomenon that had transcended the sport to become a bigger piece of our culture. He was at the top of his game, having won 32 times over five years and a concurrent holder of all four major championship titles. Our economy was roaring ahead, and there were plenty of tire kickers that wanted to see what all the hype was about. Yet the mainstream press conveniently worked with a ten-year cycle to create the perception of the decade of doom that ensued, when golf’s infrastructure failed to align with the needs and desires of the casual tire kickers.

In reality, the game has been pretty steady, and even if we accept the one-time a year definition, we actually held our own for the past 25 years, despite the onslaught of video games and the technology revolution, the degradation of people’s attention spans and the incessant arguments that the game was too expensive or took too long to play. And if we go with a more realistic definition of our target customers, we actually see a directional increase over the past two decades.

No generational decline. No trainwreck. Ask the literal thousands of brands and fads that have come and gone during that 25-year period if stability or flat is the new up, or better still, a sign of endurance.

Of course, that’s also a function of echo chambers and chosen context. Look at data from the 1950s and you’ll find the U.S. golfer population at under 5 million. Along came the golden age of Arnold Palmer, Jack Nicklaus, and Tom Watson and we had just eclipsed 10 million in the 1970s. Today’s participation figures don’t necessarily look all that bad when you consider all that has come and gone in the same period.

Now, we’ve again redefined participation to include an additional 9.3 million off-course-only participants, and I hope that we are not again setting ourselves up for scrutiny from the uninformed casual observers. In our segmentation work, we’ve more aptly defined the market into six segments, with the prime short term focus being on a stable group of roughly 5.1 million engaged golfers.

It’s great to see reported increases in those tapping into various entry ramps to golf. But if we look at the past two decades of participation data, golf has never lacked for trial. Attrition has been the issue. So many of our industry programs have focused on introduction to the game and not necessarily about effectively transitioning new participants through the golfer lifecycle.

Our research continues to show some 80% of the rounds and spending coming from that small group of about 5-6 million enthusiasts. That’s the universe that I’m most interested in, short term, if I’m an OEM or facility operator. And that’s the universe that will be most critical to monitor and follow as we continue to track participation.