The World Crazy Golf Championship Is A Real Thing 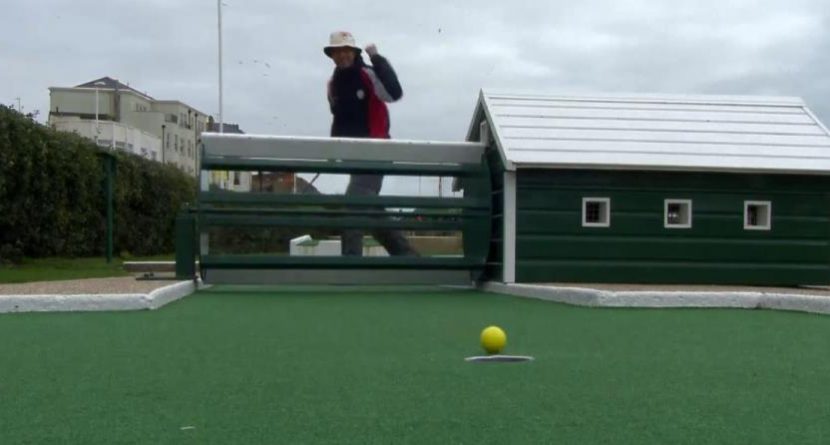 The British take their sports seriously. Whether it is their football or rugby or cricket, it is all a very significant matter. Some might call them crazy.

It’s part of the British Mini Golf Association, serves as the final major of every season, and is played out in Hastings, which sits on the southern coast of England. Hastings is not a big city, but if you’re a fan of British history, you may recall the Battle of Hastings, in which William II of Normandy defeated King Harold II.

Knowing this, the folks at SNTV drew a comparison between that battle and what was going on at the World Crazy Golf Championship this past weekend. Because both events are similarly significant. Here’s a recap:

So it turns out that people who play crazy golf aren’t necessarily crazy, as you can tell from this group photo. But as for the guy in the shiny red ape mask (or whatever that is), yeah he’s crazy: