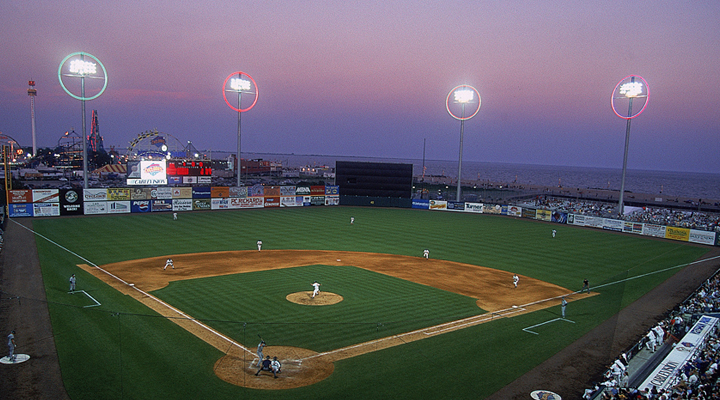 Have you been keeping up with the Lehigh Valley IronPigs, the AAA affiliate of the Philadelphia Phillies? If not, you should reconsider.

The minor league franchise has announced it will launch an absolutely outrageous bathroom video game that you control with your, uh, stream.

My competitive side is telling me that I need to set up a weekend getaway to catch some IronPigs action as soon as possible. I can picture it now. Sitting there with a couple of my buddies enjoying a few too many beers. That constant need to go to the bathroom every four sips starts to take over in the top half of the second inning. Next thing I know I’m racing one of my boys down the mountain, dodging penguins and controlling my skier with the direction of my pee. Brilliant.

Apparently, once you “approach” a urinal, the game takes notice and starts up for you. You then have the opportunity to race solo or take on one of your pee-ers. See what I did there?

All kidding aside, this is an absolute genius idea. Based on the performance of the Major League Phillies last year, I wouldn’t be surprised if some of those well behaved and always logical Philadelphia fans made their way up the Blue Route to take part in some good old fashioned bathroom gaming. GameOn!