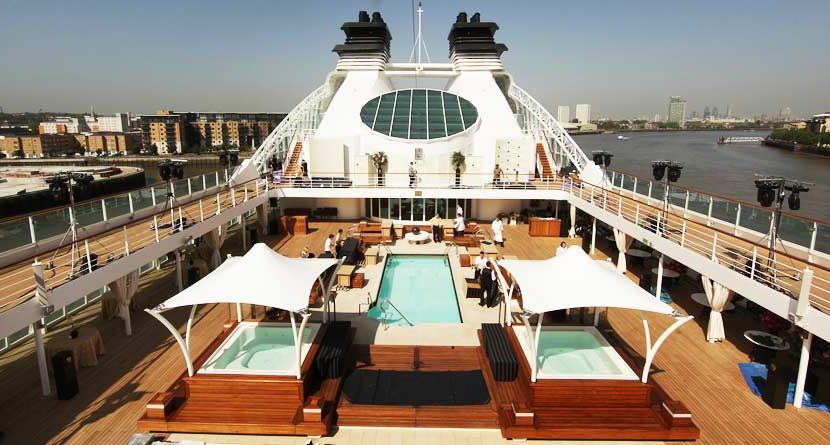 As it turns out, golfers may hate the water while playing, but they love riding on it when they’re done. Some, including Tiger Woods and Greg Norman, have owned enormous vessels that are truly mansions on the sea.

Let’s take a look at a handful of them. Though the Shark no longer plays much competitive golf, the Aussie has become a strong businessman with his wines, course design company and fashion line.

All of that hard work has afforded Norman the $70 million needed for Oceanfast to build “Aussie Rules.”

At 228 feet in length, at the time it was the world’s largest privately owned aluminum and composite yacht. Norman sold the boat in 2004.

The same year Greg Norman sold his boat, Tiger Woods bought his, called “Privacy.” At 155 feet long, it is almost 75 feet shorter than Norman’s was, but still very impressive.

The 155 Trideck Motor yacht was purchased for a reported $20 million Christensen Shipyards in Vancouver, Wash.

According to Power and Motor Yacht magazine, the boat travels at a top speed of 17 knots and can go 4,000 miles on its 12,000-gallon fuel tank.

Woods still owns the boat and docks it at select tournaments. She is currently linnked to 54-year-old coal magnate billionaire Chris Cline, who owns a 164-foot boat.

The pair were docked side by side recently in Tiger’s Jupiter Island community (where Nordegren lives, too, separately). Cline’s boat has five bedrooms, two formal dining rooms, a poolside bar, a hot tub, and a rental price of $265,000 per week. It also has an attached submarine. While Woods and Cline are fighting over nine feet’s difference, the world’s largest yacht has more yards than they do feet.

However, who commissioned the boat’s construction remains a mystery. The billionaire bankroller has remained anonymous. The boat launched April 5 (http://annapolis.patch.com/articles/world-s-largest-yacht-launched) At one time, Larry Ellison’s “Rising Sun” was the largest yacht in the world. Coming in at 453 feet, the boat has since been eclipsed by Azzam by nearly 140 feet.

However, the Oracle boss and technology magnate should not be too envious — his boat is still incredible.

The boat has 82 rooms on five stories, boasting nearly 8,000 square feet of living space. It has a gym, spa and sauna, a massive wine cellar, private cinema and a basketball deck on the main deck.