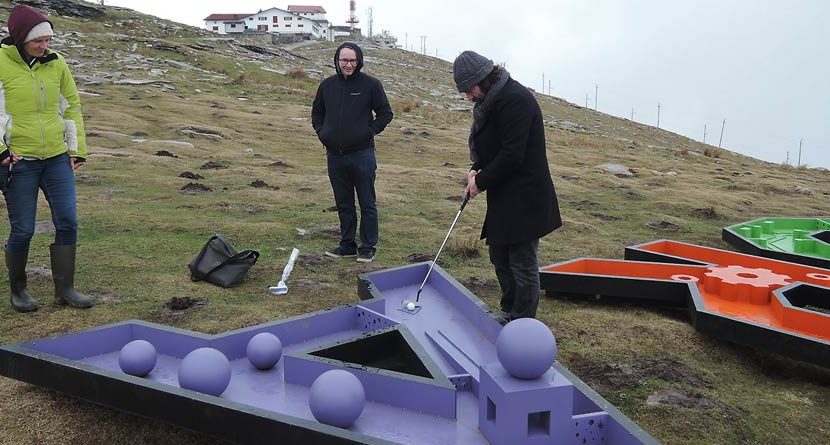 At the highest point of La Rhune, a 3,000-foot mountain between Spain and France, is the world’s most remote mini-golf course. Designed by Guillaumit and Thomas Bernard, it is made up of a series of letters spelling out the word PANORAMA.

The course is appropriately named ABCDgolf. Each letter represents a specific, distinctive theme. A is Aquatique which translates from French to aquatic, and O is Ordinateur, which translates to computer. The colorful assortment of letters is a striking contrast to the barren, mountain land. According The Verge, this look was the designer’s goal, to show the impact of humans on the environment. This mini-golf course was installed in February as part of the Panoramika event celebrating the 90th anniversary of the La Rhune train. The train carries passengers up the La Rhune Mountain, where they can enjoy a view of Basque Country. The course will be removed in November, restoring the summit to its untouched beauty.

This awesome video from ABCDgolf shows the production of the mini-golf course: