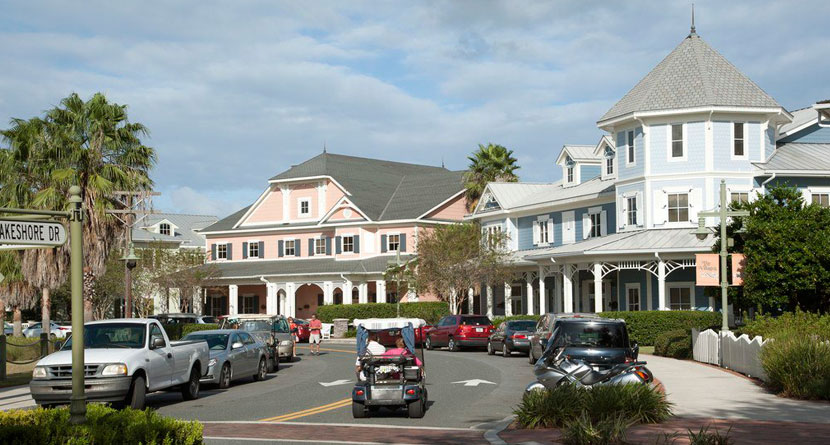 The Villages is one of the most popular retirement communities for golfers of a certain age.

Featuring more than 100,000 residents and over 600 golf holes, the Florida retirement community is a non-working golfer’s dream, but that amount of retirement money and golf equipment can attract some shady characters as evidenced by a report on Villages-News.com from last week.

A Villages’ resident’s live-in son, 44-year-old Andrew Lawrence Simpson, was arrested on Wednesday committed the cardinal sin of golf community living — he stole a set of golf clubs from Mallory Hill Country Club and pawned them only a few hours later at Play It Again Sports in Leesburg, Florida, about 10 miles away from the course.

Adding insult to injury, Simpson only got $333 for the set of clubs that the woman whose clubs they were valued them at $4,314.

The son of a resident of The Villages in Florida stole a set of golf clubs… off the cart of another resident: https://t.co/FTA8AvrNln pic.twitter.com/Ms2cuHC5N0

A manifest of the bag’s content was reported by Villages-News.com.

Police tracked down the clubs at the Play It Again Sports location, and found Simpson via the identification he used when selling the clubs. He was arrested at his mother’s house shortly thereafter and booked at the Sumter County Detention Center on $2,000 bond.

This isn’t the first time Simpson has run afoul of the Villages law. In 2015, Simpson was arrested for impersonating a dentist and calling in a fraudulent prescription for Hydrocodone to a local Publix for his mother. He was given probation for that crime.