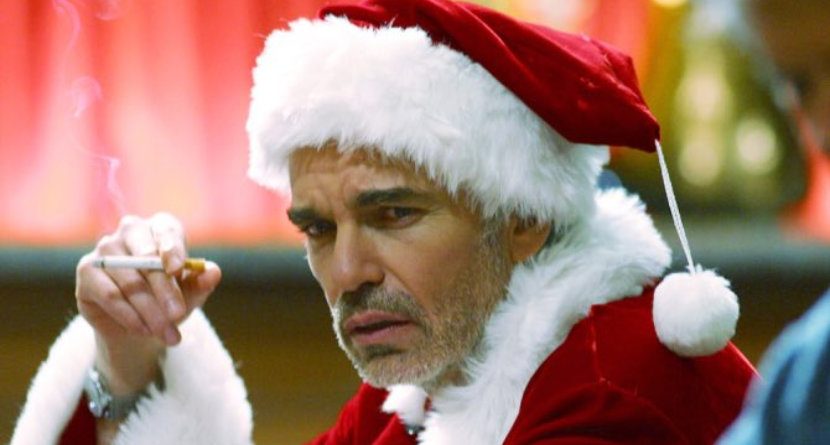 A Canadian golf course is not feeling the holiday cheer as it was reportedly robbed twice this week. Both instances involved the stealing of liquor. While it’s unclear still if the two incidents are related, surveillance video shows the suspect in the second break-in wearing a Santa hat.

Global News has the not-so-merry story:

Police in the north Okanagan are investigating two break-and-enters at a golf club in a span of 24 hours.


The first break-and-enter at the Vernon Golf and Country Club on Kalamalka Lake Road happened on Tuesday at 6 a.m. Police say an unknown person broke into the club and fled with a number of liquor bottles. The second break-and-enter happened at 2:30 a.m. Wednesday.  The suspect, who is seen wearing a Santa hat in surveillance video, once again escapes with liquor bottles.

Police are investigating and trying to determine of the two break-and-enters are connected.

In related news, Bad Santa 2 is currently playing in theaters. ‘Tis the season!