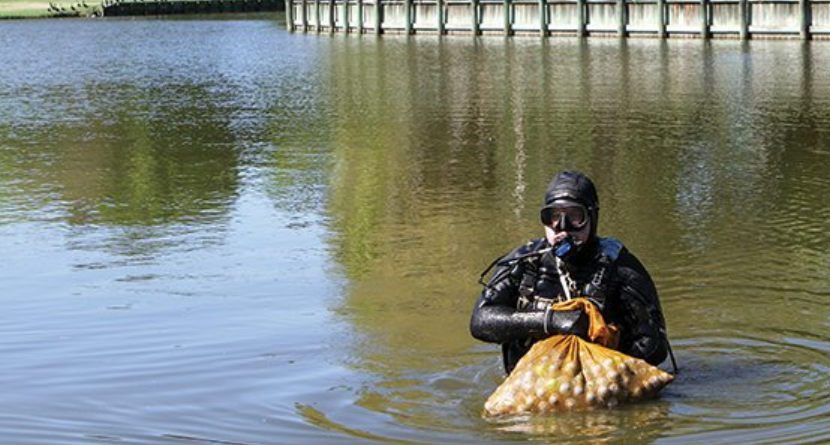 What’s the craziest thing you’ve ever done to retrieve a golf ball? If you said put on SCUBA gear, chances are you’re in the minority, but you have our utmost respect. Unless, of course, you’re in the black market of stolen golf balls.

According to the Telegraph, two thieves in wet suits and flippers collected 800 golf balls from Manor Golf Club in Uttoxeter, England, but were apprehended shortly after. They eventually gave the balls back, but not before they asked to keep them, which by all accounts sounds about right.

The owner assumed they were going to sell the balls which would net them about $520 USD. In the end, authorities let these bandits go freely.

British courses be aware! It’s only a matter of time before golf ball hoarders strike again.