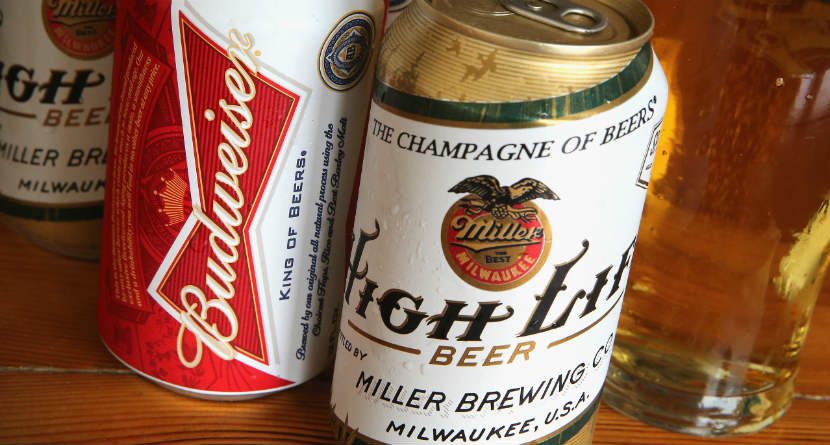 This wasn’t your typical beer run.

A tractor-trailer, loaded up with 44,000 pounds of Miller High Life was recently stolen from a truck stop in Florida and by our estimation, it’s the biggest beer heist in history. In fact, you could call it “the champagne of beer heists.”

On a more serious note, the stolen beer led to an emotional explanation by the truck’s owner, Van Thomas, on an Orlando television station. Having owned his own hauling business — and the truck — for just three weeks, Thomas was emotional in answering a reporter’s questions:

According to Thomas, his truck wasn’t the only one swiped. Another truck was taken in the heist and this isn’t the first time there’s been an issue at that specific area.

Thomas was driving the beer from Texas to Florida when he made the rest stop. While he was resting at a hotel with the truck parked at a private parking area, the big rig was swiped.

“Everything I own is in that truck,” he told the Orlando news station. “That’s where I live out … I don’t even have no money to catch the bus home with.”

Good news ends this story, though. Thomas was contacted by detectives in Miami, who had reportedly found the truck with most of the beer remaining. Police are still attempting to locate the thieves but it appears Thomas’ story can end with a cheers.