This 8-Year-Old Is Better Than You At Golf 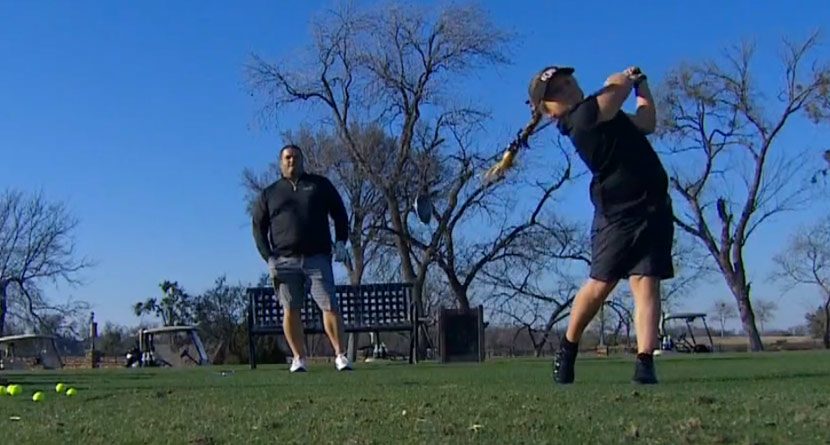 Hey, do you want to feel really bad about your abilities as a golfer? Meet eight-year-old prodigy Avery Zweig, who could kick your butt any day of the week:

I know with all this snow you haven’t had a chance to let your golf swing publicly humiliate you recently and that, all your little home training regiments you’ve been doing this off season have got you feeling pretty good about your swing — it’s pretty clear you needed a dose of humble pie this morning.

Zweig has won 72 of 128 junior tournaments she’s entered and is currently featured on Esquire Network’s reality show, “The Short Game,” which chronicles the paths of junior golfers. She also claims she wears black on Sunday because of Johnny Cash — among other reasons.

“I love to wear black on the last day, because that’s when I’m going out for blood,” she said before giggling.

All jokes and shame aside, there’s an eight-year-old out there whose already better than you’ll ever be. And that’s what makes golf simultaneously the greatest and most frustrating game in the world.