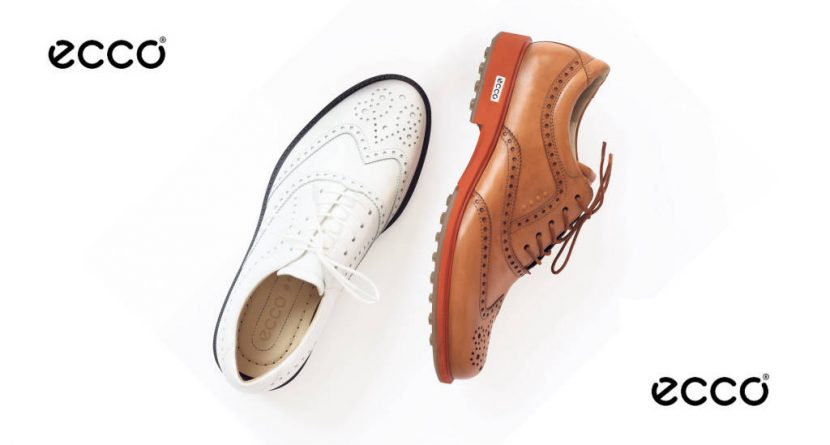 Of all the changes in golf apparel in the last few years, no single fashion trend has had as marked an influence on the game from a performance perspective than hybrid-soled alternative footwear.

Popularized by the iconic stylings of Fred Couples in the ECCO Golf Street, the alt-golf shoe movement has spawned a veritable cornucopia of footwear options. Today, the well-heeled golfer has moved away from broguish offerings to full-service footwear that can be worn both to and from the course.

However, for those seeking to sport a more traditional, tailored look on the links without losing the benefits of cross-functional hybrid soles, the ECCO Tour Hybrid fits the bill. ECCO touts the Tour Hybrid as the industry’s first ever ‘crossover’ model, featuring a classic leather upper design atop the company’s Street outsole to take you from the boardroom to the car, and on to the links or the 19th hole.

While this may be an industry first ‘crossover’ shoe, this offering has stealth written all over it. Quite simply, ECCO is making it easier for you to sneak away for a mid-week afternoon round — and it simply doesn’t get better than that.

The Tour Hybrid’s patented outsole provides all the grip you’ll ever need thanks to 100 molded traction bars and more than 800 traction angles. The super durable TPU soles resist any threat of wear from both cart paths as well as boardroom broadloom.

The removable Comfort Fibre System insoles and Hydromax leathers will keep you cool and dry, but it’s up to you to not to sweat as you walk past the boss’s office on your way to that ‘off-site’ meeting.

The ECCO Tour Hybrids will be available starting in the final quarter of the year.