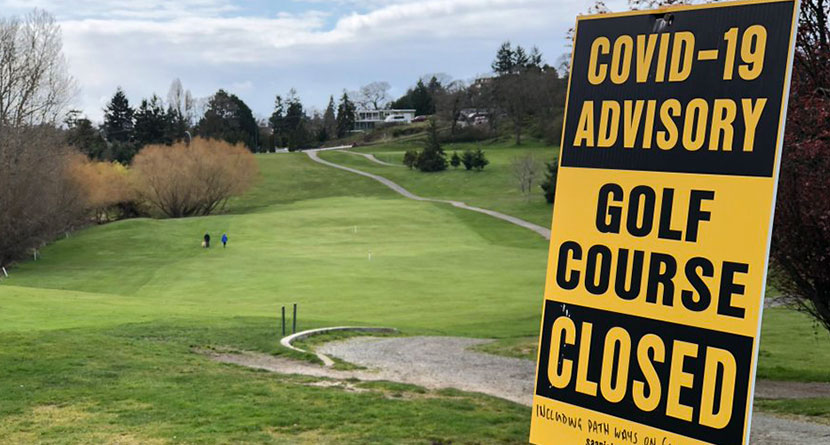 On April 5th, the National Golf Foundation reported that 44% of golf courses in the United States were open, the lowest such percentage during the coronavirus pandemic.

Four weeks later, that number is 79% with the NGF projecting that by May 17th 90% of all courses will be open as Washington and New Hampshire have announced state-approved opening dates of May 5 and May 11, respectively.

So, where are golf courses still shuttered? Massachusetts, Maryland and Vermont are the only states in the country without an announced golf course reopen date. Alaska’s golf season has not started yet.

Over the past 10 days, eight states – Illinois, Maine, Michigan, New Jersey, New Mexico, Nevada, Pennsylvania and Wisconsin – have allowed their courses to open while hard-hit states like New York and California have allowed for significant easing of restrictions.

While golfers in the affected states are looking outside their state lines for playing opportunities, state golf associations are doing what they can to put pressure on their government leaders to reopen courses.

“Golf is a very healthy sport and activity that can be aligned with the activities that are currently available: walking, biking, hiking and riding,” Jesse Menachem, Mass Golf executive director and CEO, told Worcester’s Telegram & Gazette. “It’s not only good for public health, it’s good for physical and mental health.”

Through the first weekend of May, 79% of US #golf courses were open for play. It’s a significant week-over-week jump and the number should only climb higher. https://t.co/8GfGlxWus9 #golfdata #golfresearch #golfbiz #golfsafely pic.twitter.com/tT99pdQzxr

Quarantined golfers in the three states still enforcing golf course closures are being welcomed elsewhere, such as Connecticut.

According to Tom Gorman of NewEngland.golf, Massachusetts golf courses stand to lose millions each day the lockdown continues in greens fees alone, a windfall of cash Connecticut courses are happy to take off the hands of Massachusetts golfers.

“I’m glad to be on this side of things, but I feel really sorry for clubs five miles away in Massachusetts.”

Cara Cullen, owner of the Wachusett Country Club in West Boylston and the Kettle Brook Golf Club in Paxton, told Fox News that the situation has become so dire, she and her family are preparing to open their two courses in defiance of the state order.

“If golf is so unsafe, why do 47 states think it’s safe? I mean, if golf is that unsafe, then Governor Baker should come out and tell these other states that they’re wrong and he should tell Massachusetts citizens that they cannot cross that border,” Cullen said, adding that she had to lay off around 90 employees due to the closure of her two courses.

“Honestly, I think it just comes down to we’re not Walmart, we don’t have big corporate lawyers and we can’t fight him. But at this point, we are fighting him. I’ve put my faith in him and our patience is done. At this point, unfortunately, if we don’t open in a few weeks, we’re done.”

Percentage of courses open by region.

Governor Baker extended the state’s’ business closures and stay-at-home orders until May 18, while Vermont governor Phil Scott told the media on Friday that golf would fall under various forms of recreation that would be re-evaluated next week.

Maryland Governor Larry Hogan laid out a plan that included allowing golf courses to reopen, but that plan has not been put into action as of yet.

Massachusetts, Maryland and Vermont have a combined 650 golf courses, roughly 5% of the national total.