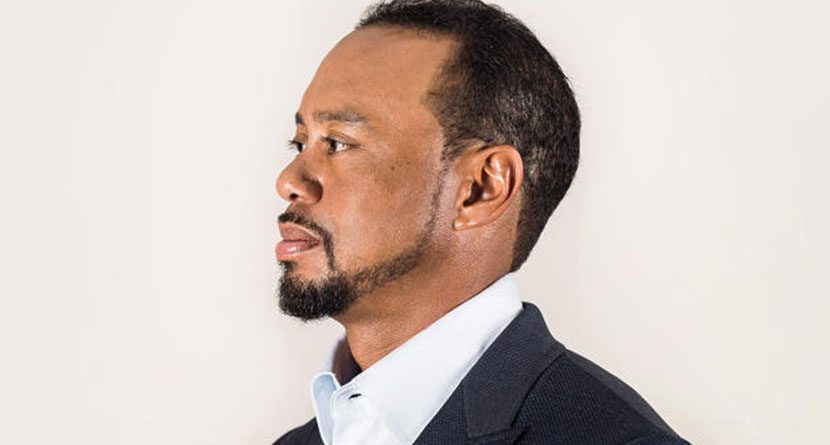 Even as his return to the course had another setback last week, Tiger Woods is still making strides in other parts of his life. Woods announced on Monday a new venture that he and his team are calling TGR. The announcement was made on his website.

I’ve spent nearly two years developing TGR with my team. And this is what we are about: the pursuit of excellence beyond all limits.

I approach everything I do with a mindset to be the absolute best. The method I follow to get there is inspired by precision, with the end goal of elevating standards and the status quo. And I’m always striving for the kind of mastery that naturally results from focus and a willingness to keep learning.

My team and I have applied these principles — this mindset, method, and mastery — to all that we’ve accomplished over the last 20 years.

Tiger Woods announces TGR, which will unite his charities/design/performance/partnerships/etc. within a single brand. pic.twitter.com/kUkLB5Ii2d

While his official announcement was pretty vague, FastCompany.com released a more detailed report of what exactly TGR will entail.

Today he is announcing the launch of TGR, a new company that will house a portfolio of Woods-related businesses. Woods will serve as chairman and plans to be closely involved in day-to-day decision-making. “There is so much excitement about the potential of TGR,” says Woods. “I’m excited to explore the possibilities in design, product development, hospitality, and possibly entertainment.” He is also unveiling his new logo, made up of three triangles that look like a tiger’s stripes and also resemble a W.

It’s a big move for the golf superstar, who is bringing all of his existing businesses under a single umbrella for the first time and will also pursue new endeavors under the TGR brand. The company gives Woods a unified corporate structure that will serve as a home base for all of his businesses moving forward. Woods is wagering that the move will help define his legacy and keep him in the game long after he’s done bringing home golf titles. TGR will now oversee TGR Live, his events company that organizes PGA TOUR tournaments; his The Woods restaurant, which opened last year (its name will stay the same); TGR Design, a golf-course firm he launched a decade ago; and his charity, the Tiger Woods Foundation, which is celebrating its 20th anniversary this month. Several new endeavors are set to be announced over the next few months.

Woods has been closely associated with Nike for the last 20 years, and that relationship will continue. But in August, Nike announced that it would no longer make golf equipment, including the clubs that Woods has used throughout his career. That vacuum is sure to prompt speculation about whether TGR will start making golf gear. “The Nike change opened a previously unplanned-for opportunity,” says Jeff Kempler, COO of Sub Rosa, the corporate strategy and branding firm that Woods hired to help develop his new brand. While there are no specific plans for TGR to enter the equipment business, Kempler says it’s a possibility at some point.

Taking that next step for Woods is an obvious one given his stature not only in the sports world, but beyond. It will be interesting to see what Tiger and TGR do next.