Tiger May Take His Design Talents To Chicago 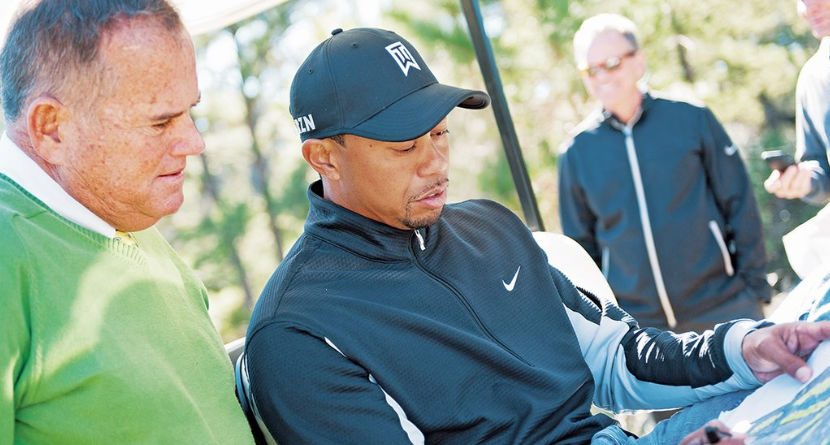 News broke this past week that Tiger Woods’ name has been thrown into the mix in designing a new golf course in the Chicago area. While it’s only rumors at this point, Woods would team up with Bandon Dunes owner, Mike Keiser, to build a lakefront property, which would also benefit the First Tee of Greater Chicago.

According to the Chicago Tribune, NBC/Golf Channel’s Mark Rolfing, who had the vision to combine the Jackson Park and South Shore golf courses near the site of the planned Obama Library, cautioned the public that Woods’ involvement is “not a done deal.” However, Keiser believes he’s “on board.” It was reported Woods toured the property last month along with another golf legend/designer, Ben Crenshaw.

A South Side golf mecca built with the input of Tiger Woods? It’s getting more and more likely, says developer https://t.co/vNhgZNARK0


The plan is also to include a “short course” for kids. “The three things that concern me about golf: It’s too hard, it takes too long and it costs too much,” said Rolfing, a DeKalb, Ill., native. “The goal is to work on all of these areas, and the vision is to create a model for the future of sustainable, urban golf.”

In an email to the Chicago Tribune, Woods’ spokesman, Glenn Greenspan, said, “At this time, we have no new design projects to announce.”