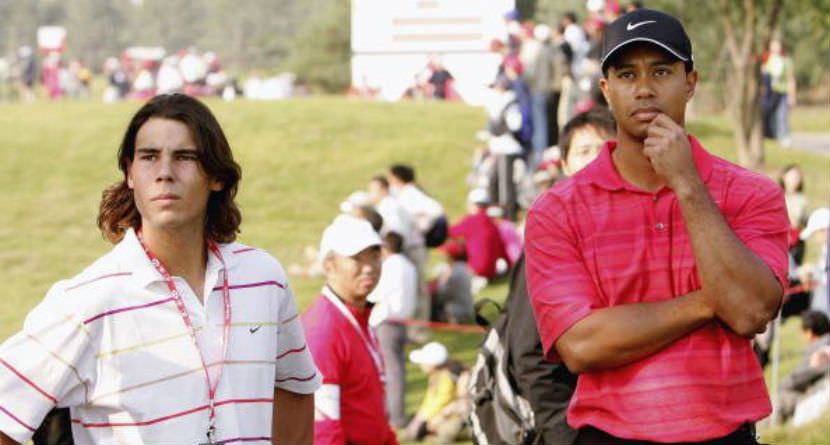 It’s nice to see Tiger Woods at a U.S. Open, even if it’s not golf.

On Friday evening, the 14-time major champion was in attendance to watch Rafa Nadal (a 15-time major winner himself) take on Juan Martín del Potro in the semifinal match at Arthur Ashe Stadium in New York City.

Tiger Woods is at the US Open tonight. pic.twitter.com/j7o5kXvVXl

Woods, a guest of Nadal, viewed the action in the comfy confines of the Spaniard’s box, along with his daughter Sam and son Charlie. Nadal dropped the first set 4-6, but ended up winning the next three 6-0, 6-3, 6-2.

This isn’t the first time Woods attended a U.S. Open match of Nadal’s. In 2015, he watched him get upset in the semis. Fortunately, this time around the outcome was different.

Per usual,  Woods was repping the Oakland Raiders logo. Perfect timing considering the NFL season kicks off this weekend.

Tiger Woods at US Open wearing Raiders gear. Has a Raiders pool table at his house. pic.twitter.com/IRxqg6vAae

While it’s great to see Woods upright and walking publicly, hopefully sometime in the near future we’ll see him on a golf course.