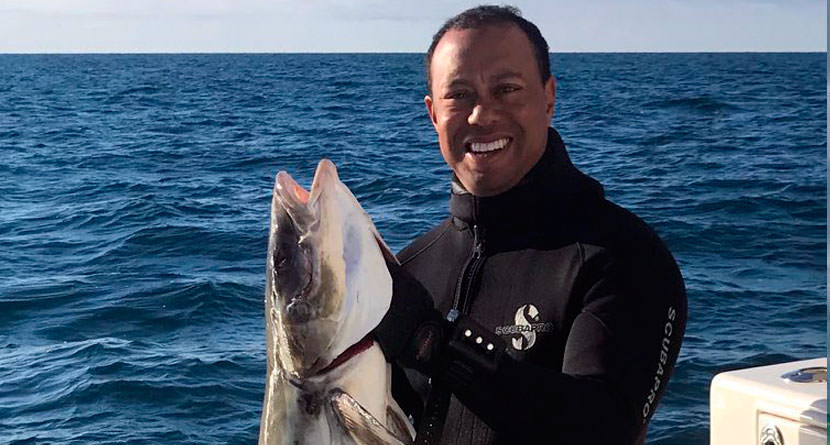 Tiger Woods has long been a fan of the open waters. At the height of his powers, Woods claimed that he enjoyed free diving and spearfishing so much because his life was like living in a fishbowl and the ocean was one of the few places he found solace because the fish didn’t look back at him.

Naturally, that thirst for privacy and contentment has only become more of a sanctuary for Woods as he enters back into the public eye in the coming months as he plans to make his return to the PGA Tour in 2018. Before he does that, however, Woods had a 42nd birthday to celebrate on Dec. 30 and he did it doing what he loves.

Happy birthday to myself 🙂 Nothing like shooting a cobia and an amberjack. pic.twitter.com/fqff602bk3

Golfweek.com’s Brentley Romine had some more information on what’s coming up for Woods.

While we still don’t know where Tiger Woods will play golf next, we do know that he had quite the 42nd birthday.

Woods posted Monday to Twitter two photos of him holding up some sizable fish. Judging by the caption, the spearfishing trip was a birthday present. Woods turned 42 on Dec. 30.

Going back to Woods’ upcoming playing schedule, he has yet to confirm any further tournaments, although he did say he will be in attendance at the Genesis Open, which his foundation hosts in February. While no guarantee, Woods could tee it up at Riviera, as well as any number of West Coast PGA Tour stops, including the Farmers Insurance Open at Torrey Pines, a course that Woods has won eight times on.