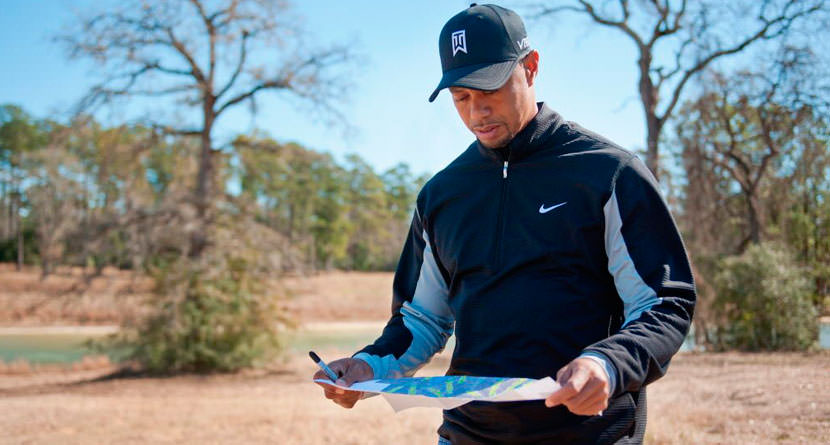 Tiger Woods’ much-anticipated Chicago golf course design doesn’t sound like it’s going to be pulling him away from the practice range while he works to get himself ready for the 2017-18 PGA Tour season.

The project on the South Side of the Windy City is caught up in some bureaucratic red tape, according to Mike Keiser, the owner of Bandon Dunes.

Speaking to The Chicago Tribune, Keiser laid out some of the issues facing Woods’ redesign of the Jackson Park and South Shore courses.

Keiser is ready to lend his wisdom and donate his money for a project that would create a PGA Tour-worthy course locals and well-heeled tourists could enjoy with a caddie program that could provide summer jobs, mentorship and access to college scholarships.

One year ago Saturday, the Tribune broke the news that Tiger Woods, at the request of former President Barack Obama, would be the lead designer of a South Side project that has the blessing of Mayor Rahm Emanuel.

Woods. Obama. Emanuel. That’s a pretty impressive triumvirate culled by Mark Rolfing, the NBC/Golf Channel analyst and DeKalb native who is spearheading the plan via his group, the Chicago Parks Golf Alliance.

But one year later, there has been little tangible progress.

“We’re all sort of on hold, waiting for some electricity,” Keiser told the Tribune. “It’s in bureaucrat land or politician land. … Bureaucracy and red tape in Wisconsin is nonexistent. They say: Build all the golf you want; it’s great for tourism.”

Officials from the Chicago Park District, which would own and operate the golf course, paint a different picture, saying the $30 million project is not on the same timeline as the Obama Center, which has a completion goal of 2021.

They continue to seek community input on “potential course routing, programming and infrastructure options,” according to a statement released Friday, adding: “It is premature to present a project timeline or cost estimates.”

Friends of Obama’s say the former president has tremendous enthusiasm for the golf project, peppering associates with questions about the course design. Woods’ TGR Design team envisions a 7,354-yard, par-70 course that has views of the Chicago skyline and will be playable for both major champions and major hacks.

“This is a very special project that can have many positive results beyond the game,” Woods said in a statement provided to the Tribune. “I am honored to be a part of this initiative. My TGR Design team continues working with the Chicago Parks Golf Alliance to gather feedback from local golfers and other residents who enjoy these parks.”

Some community residents believe their concerns are being heard.

“It’s an open-discussion process, and they are listening to everything we say,” said Louise McCurry of the Jackson Park Advisory Council. “The golf-restoration project will be wonderful for our kids on the South Side. Golf is a sports lifeline for community boys and girls who are not interested or built for football or basketball. And caddying is a way for kids to be mentored by role models who can help get them into college.”

Plan advocates envision a three-pronged green-fee structure of hyperlocals (perhaps grandfathered in at Jackson Park’s current 18-hole walking rate of $20-$33); Chicago residents; and non-residents, who likely would pay in the $300 range.