Tiger’s Latest Design to be “Golf Mecca” in Missouri 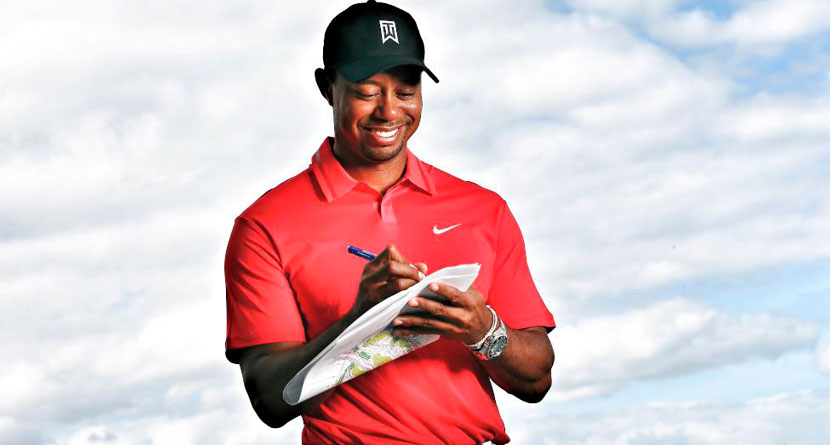 While Tiger Woods’ playing career continues to be in a holding pattern, the second stage of his career in course design seems to be flourishing. Fresh off of the heels of the rave reviews that TGR Design received for its work at Bluejack National, Woods rumors began to swirl about Woods’ next design project. The 14-time major champion only fanned the fire earlier this week.

I’ve always wanted to design a public course, and I’m very happy that my TGR Design company will make a big announcement next week. -TW

With the fire sufficiently fanned, speculation began on where Woods’ design would be. Chris Solomon of No Laying Up tweeted confirmation that the site would be a Branson, Missouri-based “golf mecca” that Bass Pro Shops founder Johnny Morris was creating.

Been told Tiger’s design announcement is for a public course in Ridgedale, Missouri for Johnny Morris. 18 holes next to Buffalo Ridge.

Andy Johnson of the Fried Egg broke down what Woods would be working on at the  Big Cedar Lodge resort, which Johnson called a “golf mecca” in Missouri.

News broke Thursday that Morris’ dream will get another boost with the announcement of a Tiger Woods-designed course in the Big Cedar Lodge’s backyard. The Woods announcement comes on the heels of the opening of a Gary Player short course, a highly-acclaimed Tom Fazio 18-hole championship course and a neighboring course by Bill Coore and Ben Crenshaw that is currently in construction. Tiger’s course will neighbor the Coore & Crenshaw course, each inhabiting half of the land that made up a former travesty of a course, John Daly’s Murder Rock Golf Club, which opened in 2007 and enjoyed a short life with very little acclaim. It’s no surprise that Daly’s foray into design was short-lived – Murder Rock’s 18 holes occupied a great deal of land and epitomized everything wrong with golf course design at the time – tight, penal holes that punish the average player.

Tiger and his design team will have their work cut out for them on the rocky land. This topography makes shaping and building contours – two of the most integral aspects of modern design – particularly difficult because the bed of rock lies just a foot under the topsoil. This rock will make for a unique look and some fantastic views but can wreak havoc on the design process.

From his early designs, it’s evident that Tiger values width and playability in his courses. But given the land and the corridors he will be working with in Missouri, it will take a good deal of dynamite to continue that trend.