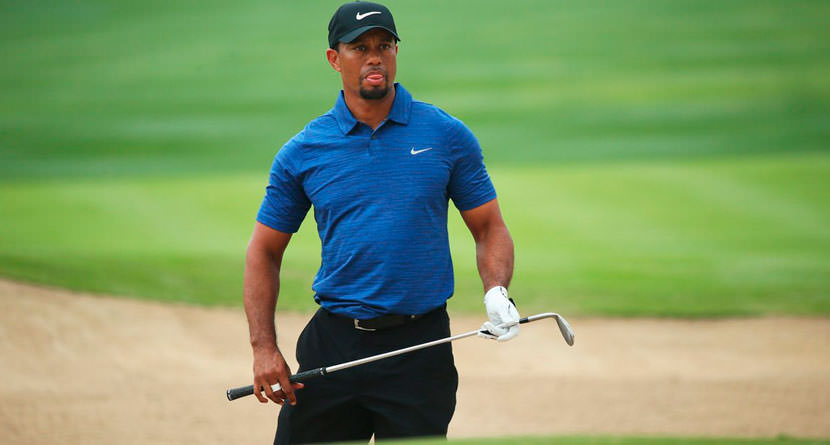 Tiger Woods appears to be on the road to recovery, both physically and mentally, after his fourth back surgery and subsequent DUI. Gearing up to be an assistant captain at this week’s Presidents Cup, Woods has found a new friend and mentor to lean on in the last few months that he will be reunited with this week at Liberty National.

Few athletes can relate to Woods on the elite level at which he has achieved, but 23-time Olympic gold medalist Michael Phelps is one of the few. Phelps, who has been arrested for two DUIs himself, spoke about his and Tiger’s burgeoning relationship to The New York Times’ Karen Crouse.

Phelps has started some public speaking on the topic and has become an informal counselor to the stars, lending an ear to the golfer Tiger Woods after his arrest in May on charges of driving under the influence. A toxicology report revealed no alcohol in Woods’s system, but rather a mix of four prescription drugs and the active ingredient in marijuana.

“I feel like that’s a massive scream for help,” Phelps said.

“I’ve been thinking what you’ve gone through, what Tiger’s gone through, being divorced and not having the freedom to see your children whenever you want,” Phelps said. “It’s heartbreaking.”

Woods, 41, who has been sidelined from golf by a back injury, recently spent time in a clinic, receiving inpatient treatment to help him manage pain medications.

When Grant Hackett, @TigerWoods need to talk, they go 2 @MichaelPhelps, who has found his 2nd act in mental health https://t.co/LQjmwQQLHx

Phelps contacted Woods through a mutual friend, the Golf Channel analyst Notah Begay III, who was Woods’s teammate at Stanford. A recovering alcoholic, Begay had reached out to Phelps around the time he sought help at the Meadows. Their first phone conversation lasted two hours.

“Michael can provide honest and direct feedback, and that’s what athletes of their caliber need the most,” Begay said. “Athletes at their level of accomplishment, they have 100 people lined up around the corner trying to sell something to them or do something for them, and it’s hard to filter out, to decide, who is looking out for their best interests.”

Describing their conversations as “on and off,” Phelps said he took cues from Woods on how much they would discuss.

“It’s better now,” Phelps said, “because I feel like there’s more of a comfort level.”