Tiger Woods Had an Interesting Weekend 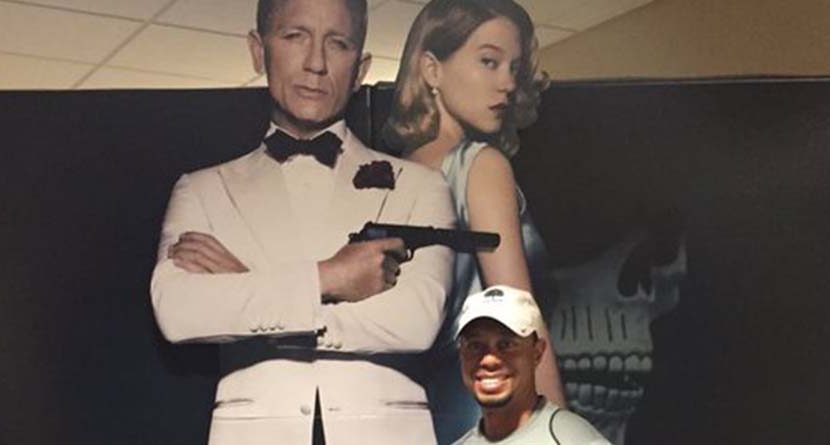 Tiger Woods dropped down to No. 351 in the Official World Golf Rankings after a weekend spent watching movies, soccer and buying shoes. Of course, when you’ve won 79 times on the PGA Tour, including 14 major championships and are among the most popular athlete brands on the planet, you get to do some pretty cool things.

Things kicked off on Friday night when Woods, by proxy, purchased a pair of shoes at the Doernbecher Freestyle, a fundraiser benefitting Doernbecher Children’s Hospital Foundation in Portland, Ore. The Doernbecher Freestyle pairs with Nike to allow patients to design their own shoes, which were auctioned off. Woods bought a pair designed by birthday buddy, Isaiah Grubb, for $26,000.

Isaiah’s Batman shoes bought by proxy by @TigerWoods at the #DBFreestyle auction. He and Isiah share a birthday… pic.twitter.com/URLExumOw1

On Saturday, Woods and friends were privy to an advance screening of Spectre, the newest in the James Bond series.

Thanks to @007 for the private screening with family and friends. #Spectre was incredible. pic.twitter.com/LJyyTccSii

And on Sunday, after doing his part for charity and indulging in a sneak peek of a new blockbuster movie, Woods hooked up his daughter, Sam, with a meet and greet with some of the United States Women’s National Team before their 3-1 win over Brazil.

Thx to @CarliLloyd & @AbbyWambach for taking time to meet my daughter and her soccer team yesterday. And beating Brazil 3-1 to top it off!

Here’s a pic with Sam. pic.twitter.com/IyIB16drqN