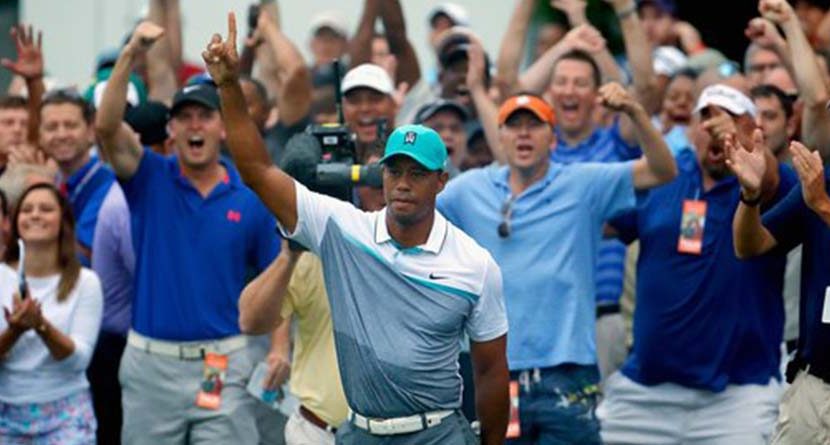 LeBron James, Roger Federer, Usain Bolt, Kevin Durant and Cristiano Ronaldo. What do all five of those global superstars have in common? Their “brands” aren’t as valuable as Tiger Woods’ or Phil Mickelson’s, according to Forbes.

The business magazine released its annual “Fab 40: The Most Valuable Athlete Brands” and Woods and Mickelson came in first and second, respectively, although this list is one time we doubt Phil cares about coming in second. Rory McIlroy came in ninth among the 10 individual athletes featured. Forbes defines an athlete’s brand value as “their endorsement income, less the average endorsement income of the top 10 athletes in same the sport.”

The magazine valued Woods’ brand at $30 million, six million dollars less than what he was valued at last year. Woods locked up sponsorship deals with MusclePharm, a nutritional supplement company, and Hero, an Indian motorcycle and scooter manufacturer, in 2014, but the continuing emergence and marketability of younger players like McIlroy and Jordan Spieth has cut into the 14-time major champion’s brand value.

Mickelson’s brand was evaluated at $28 million in 2015, one million dollars less than it was in 2014. The left hander re-upped his contract with Callaway this year to continue to play the company’s equipment, but similar to the slip in Woods’ brand value, younger players have taken a chunk out of Mickelson’s value.

The marketable next generation is fronted by McIlroy who ranked ninth on Forbes’ list with a brand value of $12 million. The four-time major champion cracked the top-10 for the first time in 2015 thanks in part to taking over for Woods as the face of EA Sports’ PGA Tour video game.