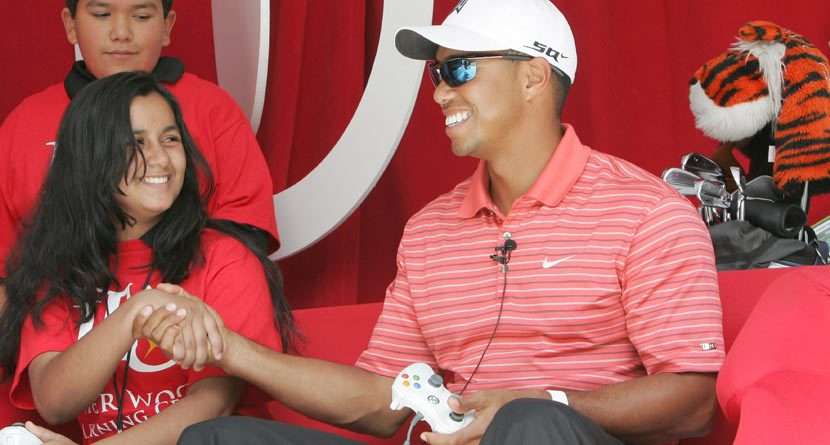 After ending a long and lucrative run with EA Sports, Tiger Woods will be back in the world of virtual reality next year.

The 14-time major champion has partnered with Zynga — the game company responsible for popular social media games like Farmville and apps for iPhone and Android — to create a new, yet-to-be-titled golf game set for release in 2015.

“We perceive him to be the most iconic athlete in the world,” Zynga CEO Don Mattrick said of Woods. “When he’s participating and competing, everyone watches and pays attention.”

Mattrick, like may of the designers who work at the Orlando, Fla., based company, worked on Woods’ EA Sports franchise before coming to Zynga.

According to reports, the deal between Woods and Zynga is a multi-year deal that aims to produce games for multiple mobile platforms.

Woods’ game won’t be the only sports venture the company is coming out with. “NFL Showdown” is also due out sometime in 2015 and focuses on the front office side of the league, giving players the chance to run their own NFL franchise.

“Sports are evergreen,” says Mattrick, who worked at EA before moving to Microsoft in 2007. “People love it, and I think we can bring something unique to the party.”

If it’s like anything else Tiger touches, the game will surely be a hit.

Related Link: With Not Much Else To Do, Tiger Masters Video Games