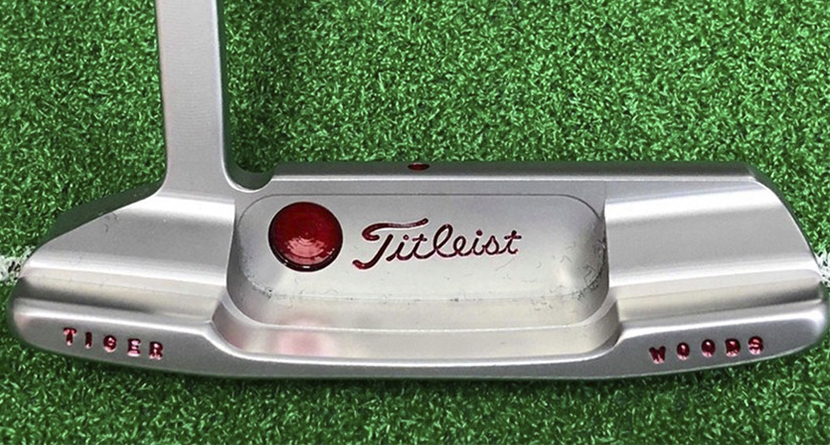 Tiger Woods’ putter, a Scotty Cameron Newport 2 GSS, is one of golf’s mythical weapons. Woods has used that putter in 13 of his 14 major championship wins, and it has been in his golf bag since 1999.

That putter is priceless. But, how about Woods’ backup putter?

We have a good idea what someone is willing to pay for it. Woods’ backup putter from 2001 was auctioned off by Green Jacket Auctions for the price of $44,401.20. Green Jackets said that Woods’ putter used in major championships is worth close to $1 million. Here is the sell for the auction:

Offered here is one of Tiger Woods’ actual Scotty Cameron putters from 2001. Now, this was not the putter that Tiger used to win 13 Major Championships; that putter is still owned by Tiger and is easily worth well over $1,000,000. The offered putter is what’s famously known as a Tiger Woods “back-up” – a putter produced for Tiger to practice with and experiment with should he decide to switch putters, or should something happen to the original putter and a backup needed to be called into duty. According to Scotty Cameron, he only produced 1 or 2 “back-up” putters for Tiger each year they worked together. Tiger would try out the back-ups, and even practice with them to ensure they were to his liking, but (so the legend goes) Tiger only used his one trusty gamer in actual tournament play.

The auction for the putter ran from March 22 until April 7 at 8 p.m.  The bidding started at $5,000 and escalated to five digits.

Cameron only produced maybe 1 or 2  putters a year for Woods, with the engraved “Tiger Woods” on back. Woods used the backup putters for practice to make sure he could putt in an emergency with the club. Woods still uses his gamer putter in tournaments and has never switched.

This isn’t the highest amount paid for a Woods putter. In 2015, a collector from Japan paid a reported $60,000 for one of Woods’ backup putters. Another backup putter went for auction last month and fetched $16,000.

The putter does come with a signed certificate of authenticity from Cameron that the club is indeed the one he produced for Woods.